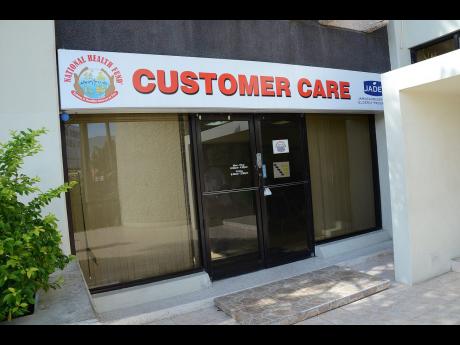 Scores of Jamaicans who depend on the National Health Fund (NHF) for benefits could be at risk as the agency faces a cash crisis that has developed because it cannot collect billions of dollars from beneficiaries, including the Ministry of Health.

At the end of the last fiscal year, the NHF was owed $4.5 billion, with the health ministry accounting for 94 per cent of that amount.

That is one of the major findings of a performance audit of the NHF conducted by the Auditor General's Department and tabled in Parliament on Tuesday.

In the report, Auditor General Pamela Monroe Ellis noted that some suppliers withheld orders from the NHF because, with it awaiting payment from the health ministry, it failed to make timely payments of its bills 95.8 per cent of the time.

"NHF's ability to settle obligations with suppliers was ... constrained by a build-up in outstanding collections from its sale of pharmaceuticals and sundries to public health-care facilities," said the report.

Monroe Ellis noted that there were 56 instances in the 2015-2016 fiscal year when the NHF ran out of pharmaceuticals and sundries because suppliers refused to deliver as they had not been paid for previous deliveries.

"The NHF sought to reduce the level of receivables from the (health ministry) through regular dialogue and implementation of a performance-tracking indicator in the financial year 2015-16, but those efforts were largely ineffective," said the auditor general in the report.

"The NHF must move with alacrity to secure a permanent solution to the problem of receivables outstanding from the MOH," added Monroe Ellis in her recommendations.