Jamaica reaping from a culture of impatience -­ Methodist president 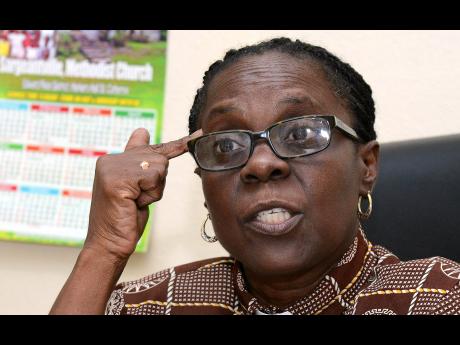 A culture of impatience is how the first female president of the Methodist Church in Jamaica has described the root cause of crime and violence that have been overwhelming Jamaica.

She said a big part of the solution will be to implement programmes that will cause a positive shift in people’s mindset.

“What has happened is that we have given our children far more freedom, and the idea is that because we (parents) have gone through challenges. There is no way we are going to allow our child to go through hardship,” she said. “What has happened, however, is that there is a lack of appreciation for the hard work.”

Gooden Benguche said that there was the “gimme” and an “instant” mentality. “There is no wait, and what we have now is a culture of impatience,” she said.

Gooden Benguche added, “In my time growing up, we spoke about family altars in our homes, where, whether you embraced church or not, it was a case that you had to go. There was a certain spiritual formation that we had, that even as an adult, (and) you want nothing to do with Church, your moral principle would have been shaped by what was learnt from the early formative years.”

She is proposing that while creative and sustained programmes are needed for change, leaders, including those in the Church, will need to go back to basics.

“Allow them (young people) to be at a place where there is some moral ... and there is a strong sense of rightness and wrongness. Maybe we have lost this generation, but we can start with the small ones, begin to give them that kind of exposure.”

“Even if we don’t want to call it civics, give it a name that will cause young people to develop a respect for God, our nation and respect for the principles on which our nation was built. We don’t know our anthem, the motto, the pledge,” she said.