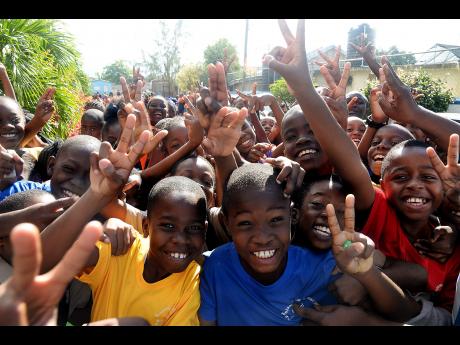 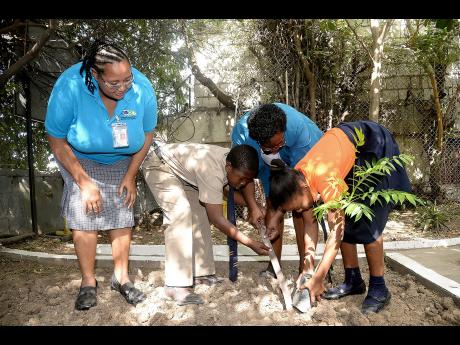 Conflicts among families within communities around Denham Town Primary School in west Kingston tend to spill over into the school environment sometimes. So, for Peace Day yesterday, students planted a number of trees, laying important groundwork for a well-needed peace garden.

Principal of the school, Eugenie Brown, indicated that the garden was important for the children to air differences, because at home, parents quarrel with and malice each other and the children replicate that behaviour.

“If there is a conflict, the children can now go to that area and settle it and unwind. We even are going to put music in there for their relaxation,” Brown told The Gleaner.

“You will have two children from two different families who may have been quarrelling, so, the children start quarrelling with each other, too. But we try to defuse it because we are one family here,” she said.

Denham Town was the second community, following Mount Salem in Montego Bay, St James, to be declared a zone of special operations. Brown underscored that since military and police personnel took control of the area, the students have been able to attend classes regularly, and have not had to run for cover because of gunfire.

She bemoaned, however, that the effects of poor parenting still existed and called for robust social intervention.

“There are no shots being fired. That was a thing before, where you hear gunshots, so, the children would have to duck and quickly get on the ground, or run to safety. We have been having peace and calm,” she reported.” The family is the main issue now. We have to get parenting right. We need more social intervention for the adults, because the changed mindset is not there as yet,” Brown observed.

The Peace Day initiative was spearheaded by the Violence Prevention Alliance in collaboration with a number of entities, including the Ministry of National Security, Peace and Love in Society, JN Foundation, Facey Foundation and the Child Protection and Family Services Agency. The National Environment and Planning Agency donated the trees for planting.

The students performed a number of skits denoting peace, under the theme ‘A Peace Wi Seh’.