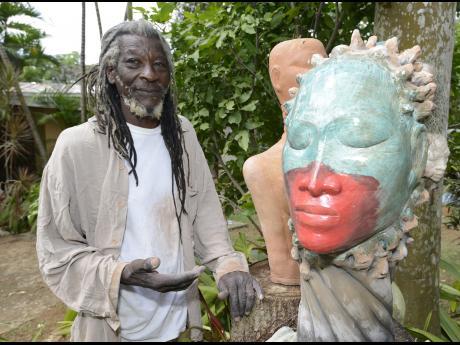 Pearson ... was schooled at the Edna Manley College of the Visual & Performing Arts, and taught there as well at several schools.

Pearson, whose works are mostly inspired by the arts of ancient Nubia, Benin and the Rastafarian culture succumbed at a Kingston hospital reportedly after a massive heart attack.

Culture Minister Olivia Grange said she is saddened by the passing.

"Gene Pearson made a significant contribution to Jamaican art.  He was exceptional and his passing represents a great loss,” Grange said in a press statement.

She said Pearson added much value to Jamaica’s arts scene.

"We could always identify a Gene Pearson piece by its clarity, simplicity and commitment to the cultural expression of African identity," she said.

Pearson was schooled at the Edna Manley College of the Visual & Performing Arts, and taught there as well at several schools.

He was also one of the first students of Jamaican master potter Cecil Baugh.

Pearson was conferred with the Order of Distinction in the rank of Commander Class in 2015 and was also awarded the Silver Musgrave Medal from the Institute of Jamaica.