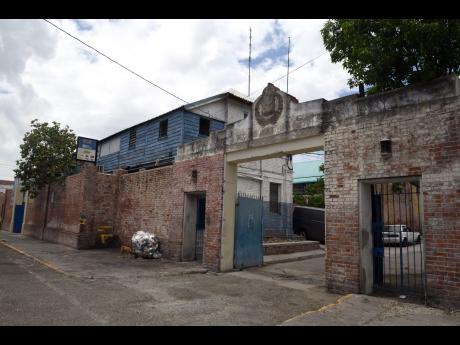 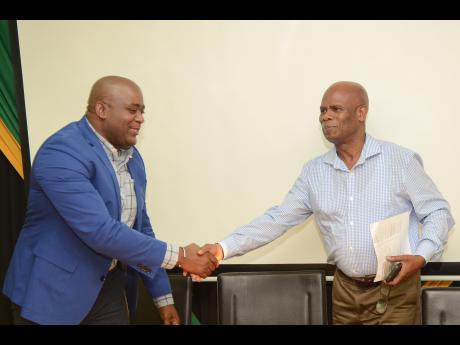 Just over four years after the Health Department ordered prisoners relocated from the Kingston Central police lock-up because of the deplorable conditions there, justices of the peace (JPs) are demanding that it again be closed.

According to the JPs, the lock-up poses dire health risks for the inmates and the cops who guard them.

"Our biggest nemesis is Kingston Central. That is a lock-up that has been there for quite a while and it really is not suited for the purpose for which is being used now," said Steadman Fuller, custos of Kingston.

He likened the dilapidated and inhumane lock-up to the slave ships that once crossed the Atlantic Ocean.

"When young men come into a position where they may have to do some private things in bags among themselves because they don't have the opportunity to go to the toilet, that is not only dehumanising for the person who has to do it, but also for the other five or six persons in a six-by-six room who have to endure it," declared Fuller during a meeting of the Kingston JPs Lock-Up Visitation Subcommittee last Thursday.

"The Central Police Station lock-up needs to be closed. There are pigeons dropping faeces, there are insects and rats. We should at least speak to the Ministry of Health," added Fuller.

He implored the Kingston JPs to visit the other lock-ups across the parish to ensure that proper and timely recommendations can be made to improve conditions.

According to Fuller, Kingston houses some of the most notorious lock-ups, including those in Port Royal and Bull Bay.

In the meantime, Mark Gonzales, president of the Lay Magistrates Association of Jamaica, said that while the authorities often cite a lack of resources, a balance must be created between expending resources and upholding the human rights of inmates in lock-ups.

Gonzales argued that any citizen of Jamaica, regardless of background, can be detained, and it is incumbent on the JPs to ensure that they are held in the best position.

He bemoaned that too often recommendations made by JPs have fallen on deaf ears.

"The Central Police Station lock-up was closed two or three years ago (January 2014) and it looks like we will have to get it closed again. Maybe that way the recommendations will be heard," said Gonzales.

He cited inmates sleeping on the floor without proper bedding, and being fed meals that are ill-prepared and unseasoned as other atrocities.

"Even though we make the recommendations, there are several things that we as a chapter have done to address some of the issues.

"We have provided disinfectant, chemicals, gloves and other things. Because it is not only inhumane for the prisoners but also for the policemen who have to be guarding them in those conditions," said Gonzales, as he pointed to a stench that seems to linger inside the Kingston Central lock-up.