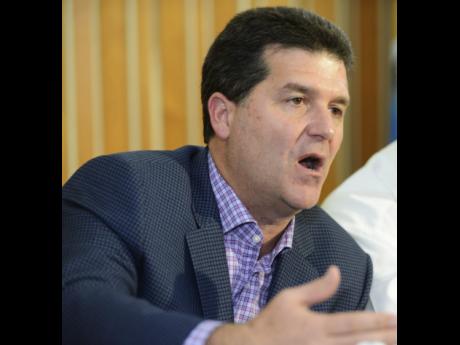 Chairman of Wisynco Group Limited William Mahfood has labelled the public education campaign 'Are You Drinking Yourself Sick?' "very biased" but insists that his company is not trying to shut down the initiative.

Mahfood acknowledges that Wisynco is a large retailer of sweet drinks and concedes that they provide no health benefits but points out that Jamaicans consume "a completely diverse set of food items".

"Calories come in many forms. Calories from starches such as rice and flour are the same as calories from sweet drinks, but that campaign doesn't speak to anything but sweet drinks," he told The Gleaner yesterday.

"Clearly, the campaign, to me, seems very biased. I think that the money that has been spent [on the campaign], and we are talking about hundreds of millions of dollars, could have been properly spent to educate the people about nutrition," the Wisynco chairman suggested.

The comments come amid public backlash over Wisynco's decision to file legal action against the Heart Foundation of Jamaica (HFJ), the non-government organisation behind the campaign aimed at warning Jamaicans about the dangers of excessive sugar intake.

The legal action was triggered by a message the HFJ posted on Instagram last month. Wisynco is contending that the message conveyed false and defamatory information about the amount of sugar contained in its CranWata beverage and wants an injunction barring the HFJ from repeating the information.

There has been no comment from the HFJ since The Gleaner first reported on the lawsuit, which is set to be heard in the Supreme Court next week.

Mahfood defended his company's decision to pursue legal action, pointing out that the Jamaican conglomerate has invested "hundreds of millions of dollars" to make Wata one of the top brands of local beverages.

"When an organisation flippantly uses that brand in its campaign to associate it with making you sick, we have a problem with that," he stated.

"Let me make it clear: we are not trying to derail the [Are You Drinking Yourself Sick] campaign," he quickly added.