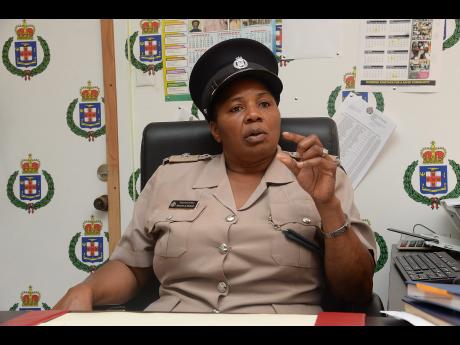 Scores of residents of St Mary are allowing killers to evade justice by refusing to provide the police with the information they have on crimes.

The parish has recorded 19 murders since the start of the year, with the majority being labelled as domestic, but the police are having trouble prosecuting the culprits because of the culture of silence.

"St Mary has a history of violent domestic disputes, and unfortunately, those disputes have resulted in murders. We have to be, as much as possible, trying to sensitise persons to move towards mediation and seek our assistance in terms of mediation," head of the St Mary Police Division, Superintendent Bobbette Morgan, told The Sunday Gleaner.

"Here the residents see no evil, hear no evil and speak no evil. They know who are doing the killings and they will tell you that they hear who did it. However, for them to come forward and to give a statement, they are not doing that," said Morgan, as she urged residents to be part of the solution, rather than allowing the criminals to carry out more acts by being silent.

"Part of the problem is silence on their part," added Morgan.

But several residents told our news team that the real problem is that they fear going to the police as some have passed on information to criminals in the past. They charged that other actions by the cops have caused them to lose confidence in the police force.

"Most people in the place are families, and you know that nobody not going to talk things on their family for police to come scrape them up," said one resident in Islington.

"Sometimes things going on with the youth them and it seem like the police are just leaving them to kill out each other. It is like they don't business with us and stray shot. Dem (the police) know who mix up in wrongdoings, dem know, so what more we must tell them?" added another resident.