Unfair detention - Thousands locked up under SOE, but only five per cent charged, mainly for minor offences 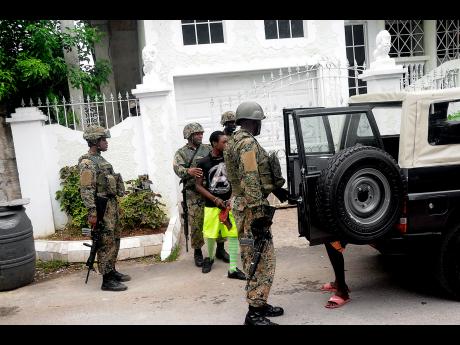 File
Members of the security forces round up persons earlier this year during the state of public emergency in St James. 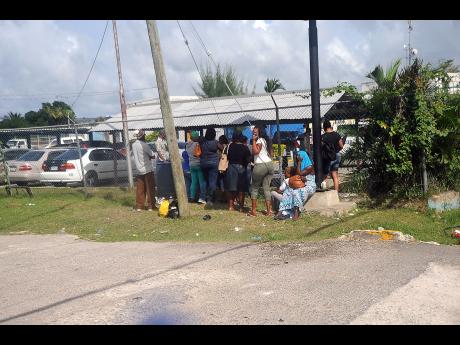 Relatives of detainees under the state of public emergency stand outside one of the detention camps at the Freeport Police Station in St James earlier this year.
1
2

More than 2,500 people have been rounded up and taken into custody in St James in the six months since the parish was blanketed by a state of public emergency, but only about five per cent of those detainees were charged -mainly with minor criminal offences - official statistics obtained by The Gleaner have revealed.

A total of 2,672 persons, predominantly young men from inner-city communities, have been taken into custody since January 18 when the security forces were given extraordinary powers to tackle crime in St James.

But according to the data, only 138 of those detainees have been charged with offences, ranging from murder and illegal gun possession to using indecent language, disorderly conduct and exposing goods for sale.

The disparity in the figures has reignited criticisms about the perceived arbitrary detention of citizens, with residents in some St James communities accusing the security forces of using their extraordinary powers to destroy the lives of innocent young people.

Further, some residents have questioned the "intelligence" reports the security forces are relying on to guide their operations.

"When dem come [into the community], dem just scrape up everybody and gone. It is torture!" said one woman, whose son was briefly detained.

"We not saying bad persons not in the community [Flankers], but there are decent, law-abiding persons there as well," another resident complained.

RodjÈ Malcolm, executive director of Jamaicans For Justice (JFJ), expressed concern about "this type of dragnet, wide-scale, untargeted and unnecessary detention of people who commit no crime, but simply fit a profile.

"It doesn't help anyone when those with power use it abusively and alienate persons in the process," said Malcolm, who made it clear that he was in full support of the anti-crime initiative.

Assistant Commissioner Ealan Powell, the police commander for the state of public emergency, declined to comment on the figures.

"Whatever numbers you have, you have, I am not commenting on that," he told The Gleaner yesterday.

Among the charges filed against the remaining detainees are breaches of the Petroleum Act, using indecent language, disorderly conduct, breaches of the Main Road Act, exposing goods for sale, simple larceny and breach of bail condition.

"Why you need a state of emergency to arrest a man for exposing goods for sale?" one resident fumed.

Isat Buchanan, staff attorney at JFJ, charged, too, that the human-rights lobby has seen cases where persons have been detained for two weeks, released without charge, then detained again for another two-week period.

"We have secured the release of all these persons. We shudder to think how many other law-abiding Jamaicans remain in lock-up simply because they did not have legal representation," Buchanan said.