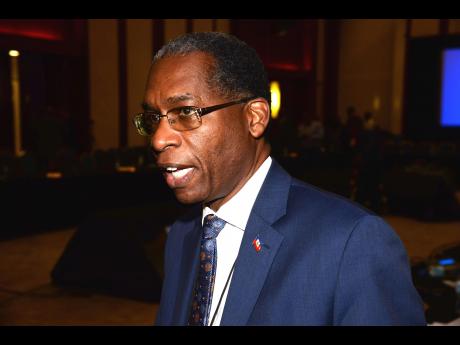 The Haitian delegation walked away from the 39th Caribbean Community (CARICOM) Heads of Government Summit last Friday overjoyed and with a firmer sense of belonging after member states accepted a legal opinion that nationals from the French-speaking territory have the right to an automatic six-month stay in a CARICOM territory.

"Each country has its own policy, its own reason, but today, we have that victory. ... (I am) very happy, and I feel satisfied, especially for my people who, many times, they get rejected at the borders, at the airports, and even embarrassed," said Antonio Rodrigue, Haiti's minister of foreign affairs, in an interview with The Sunday Gleaner on the margins of the summit.

"We have sometimes officials travelling with (an) official passport, but they are blocked ... and I'm talking about the Caribbean. So that's the reason we fought for that," added Rodrigue.

Most CARICOM states require that Haitians obtain a visa to gain entry despite the country being a signatory to the Revised Treaty of Chaguaramas (RTC).

"I'm very glad that this grey area has finally been resolved in relation to the movement of persons," declared Prime Minister of St Vincent and the Grenadines Dr Ralph Gonzalves.

Not entitled to free movement

But Prime Minister of Grenada, Dr Keith Mitchell, was more cautious in his response.

"Haiti is a member of CARICOM, and certainly, we would like to have them play the role that every member plays in CARICOM, and its citizens should be afforded, but we do have problems, and we have to be very careful," said Mitchell.

During a meeting of the Council for Trade and Economic Development (COTED), the Grenadian delegation contended that Haitians were not entitled to free movement due to issues surrounding the signing and ratification of the RTC.

But Mitchell said: "That was the technical group at COTED advising. That was not necessarily the official position of Grenada."

Jamaica's Minister of Foreign Affairs Kamina Johnson Smith told The Sunday Gleaner that the Jamaican Government had taken note of the decision, and the administrative process for the implementation of visa-free entry would begin.

She said that while that was being done, Haitians with United States, Canadian, or Schengen visas would be allowed to enter the island.

For Haiti, the affirmation of their travel status serves as a point of departure to leverage its membership in the community to help boost its economy.

The country became a full member of CARICOM in 2002, and according to Rodrigue, has a strong interest in deepening trade relations.

"We need to complete our full participation in the CSME (CARICOM Single Market and Economy) regarding trade ...," said Rodrigue.

He added: "Goods from Jamaica can go to Haiti, goods from Haiti can go to Guyana, etc, so we're going to create that movement inside CARICOM, where we will be able to develop all of us."

The legal opinion, prepared by CARICOM's Office of the General Counsel, stated: "Based on the law set out in (Shanique) Myrie v The State of Barbados, and on the fact that the Republic of Haiti is a party to the Revised Treaty, and in the absence of a reservation by Haiti excluding participation in the CARICOM Single Market and Economy (CSME), it was advised that Haitian nationals, as Community nationals, are entitled to an automatic stay of six months."

Janet Silvera contributed to this story.