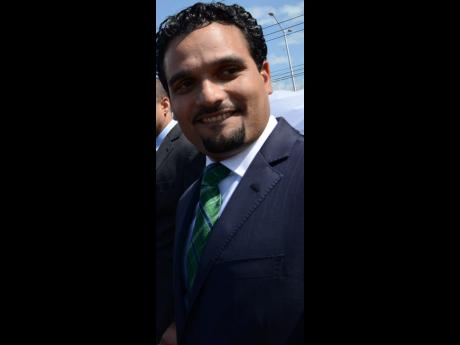 Despite quitting as chairman of the state-owned oil refinery Petrojam almost a month ago, the embattled Dr Perceval Bahado-Singh continued to serve as a member of the boards of two government entities in the energy sector.

The Gleaner has confirmed that Bahado-Singh only resigned from the boards of Petrojam's parent company, the Petroleum Corporation of Jamaica (PCJ), and the Jamaica Aircraft Refuelling Service last Friday.

Robert Morgan, director of communications in the Office of the Prime Minister, confirmed Bahado-Singh's resignation.

On Wednesday, Telroy Morgan, acting general manager of Petrojam, told Parliament's Public Administration and Appropriations Committee (PAAC) that the company had received additional refund payments from Bahado-Singh for the cost of plane tickets to London, the United Kingdom, and Frankfurt, Germany, in September and December last year, respectively.

This brought to four, the number of tickets the former chairman has refunded for trips he did not take. Morgan only disclosed the cost of the London ticket, which was US$3,900 ($507,000).

During a PAAC meeting on July 4, it was revealed that Bahado-Singh was paid more than US$75,000 by Petrojam as reimbursement for airline tickets he reportedly purchased to attend meetings representing the oil refinery. At that time, Bahado-Singh had reimbursed US$17,000 ($2,210,000) for tickets to London and Brazil in March and May, respectively.

The general manager also explained, "Based on the information presented, the claims are only for travel, for airline ... in between, there were some other claims, but of the lot, in terms of accommodation, very few."

Government policy states that public officers should not be allowed to make their own travel arrangements.

Bahado-Singh resigned from Petrojam amid claims of nepotism, financial irregularities, and other administrative issues.