Too close for condoms! - HIV rate declining among female sex workers but intimate partners putting them at risks 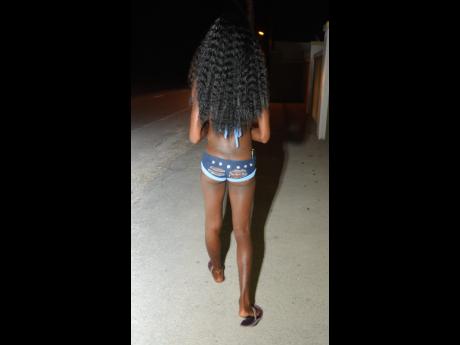 File
A prostitute on the Port Henderson 'Back Road'.

HIV prevalence among Jamaica's female sex workers is continuing the steady decline recorded over the past 10 years, but the intimate partners of these women continue to put themselves at risk by refusing to use condoms.

That's according to the findings of the 4th generational bio-behavioural survey of female sex workers, female patrons and workers at places where persons meet sex partners or participate in sexual activity in exchange for money.

The survey was conducted in 11 parishes - St Mary, Portland and St Thomas were excluded - between August and November last year.

Syphilis also appeared to be on the decline, with three per cent of sex workers and one per cent of patrons being reactive, compared to 6.3 per cent in 2014.

"The steady decline in the prevalence of HIV among sex workers is rewarding and reflects the substantial investments made to reach (them) and the effectiveness of the intervention targeting female sex workers," said the authors of the report.

But they warned: "However, it is possible that the sex workers reached and tested in the survey might be exclusive of other categories of sex workers who are not captured in the radar, both of this study and general targeted interventions, and are less readily identifiable.

"It is important that regular outreach for sex workers seeks to identify and target these women, as well of those in the traditional sites included in this survey."

The researchers also found that the factor posing the biggest threat to those in the survey was the failure of female sex workers to consistently use condoms with their main partners or regularly paying clients.

"Ways must be found to adequately address the threat (of) partner intimacy to condom use," said the researchers.

"It is possible to reach the regular clients and main partners of sex workers to have them assess their own risk to HIV/STI. This is necessary as the women are more likely to use condoms with those partners if the men are open to, or request, condom use," added the researchers.

The survey covered women aged from 16 to 68 with a median age of 28. Fewer than 50 per cent of the women had completed secondary school, while two per cent had university education. Just over one-third of those surveyed were in a relationship, while 70 per cent reported that they had a main male partner. Fourteen per cent said they had a main female partner.