Daddies not named - Almost 11,000 children registered without a father between January 2017 and March 2018 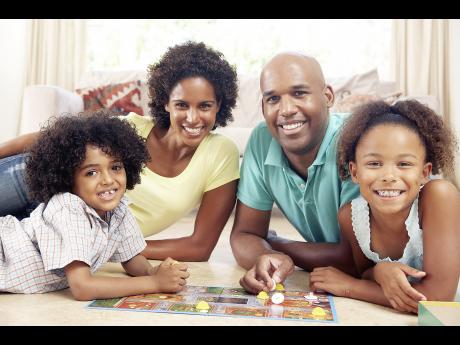 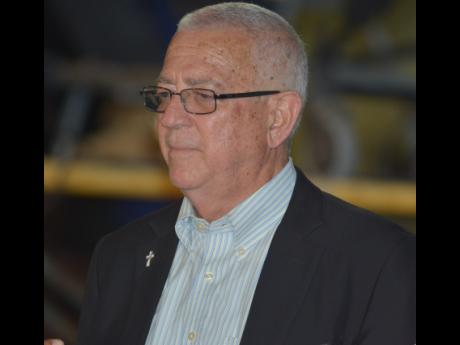 Despite a more than decade-long campaign, just under 26 per cent of the children registered in Jamaica in the first three months of this year did not have the name of a father on their birth certificates.

But the number of children registered without a father's name worsens dramatically when those born to unmarried parents are separated from those born in wedlock.

Preliminary data supplied to The Sunday Gleaner by the Registrar General's Department (RGD) showed 7,838 births recorded in the island for January to March of this year. Of that number, 1,089 births were in wedlock with the fathers' names applied as a matter of course.

A further 6,749 of the births occurred to unmarried parents, in which case 4,690, or just under 30 per cent, have the father's information omitted.

Last year, 30,117 births out of wedlock were registered with the RGD, with 29 per cent having no details of a father included.

In 2008, almost 36,000 births were recorded out of wedlock, with 38 per cent having the father not registered.

The increase in the number of fathers being registered in the past decade is no comfort for opposition spokesman on education and training Ronald Thwaites, who has long been a lone voice in Parliament calling for it to be mandatory for fathers' names to be placed on their children's birth certificates.

Last week, Thwaites told The Sunday Gleaner that he is very surprised that the number is still so high, and argued that this underscores the need for the legislation.

"The minister of health had promised, when the matter came up in Parliament several months ago, that the amendments would have been very swift. I think he gave a time frame of December last year, that's my vague memory, but it hasn't happened yet and I hope that it will happen very soon," said Thwaites.

In July 2017, Prime Minister Andrew Holness, who has oversight responsibility for the RGD, told Parliament that he was committed to having the legislation passed before he leaves office.

At that time, he argued that while the legislation was under review there were constitutional issues to be resolved before the Government could make it mandatory.

Last week, the Office of the Prime Minister (OPM) said it has received the draft bill which seeks to amend the Registration (Births and Deaths) Act to include provisions making it mandatory to add fathers' names to children's birth certificates.

"It is currently being reviewed by the OPM and the RGD for onward transmission to the Attorney General's Chambers.

"In this regard, a meeting was held with representatives from both entities on July 24 to discuss the matter," said a response to The Sunday Gleaner queries.

But Thwaites, who has repeatedly argued that it is the human right of a child to have the names of both parents on his/her birth certificate, said the time for action is now.

"Now there are going to be hard cases out there where the woman really doesn't know, or she was raped, but to my mind the greater good is to have mandatory naming of the father and then allow for a challenge of that if required," said Thwaites.

"It is best for a child's self-perception and for their upbringing to have two identified parents. That's a social and moral reason, in terms of a simple concourse in life. If you want to migrate, if you want to inherit, if you want to be diagnosed for certain conditions that may be genetic, you must know who your father is because he's equally a part of you as your mother," added Thwaites.

The RGD has repeatedly encouraged parents to ensure that their children are fully registered, with a critical aspect being the father's name on the child's birth certificate, and reported in February that based on statistics, between 1955 and 2017, some 1.6 million children were registered in Jamaica without their fathers' names on their birth certificates.

According to the RGD, not only does the presence of a father's name

complete a child's identity, but it also helps in matters of immigration and the settling of estates, among other things.

But several Jamaicans have insisted that it is the woman's right to name the father if she so chooses. For Thwaites, that position is misguided.

"I disagree with that fundamentally. For one, it always doubles back on them, and the main interest can't be the privacy of the mother's relationship but rather the good of the child," said Thwaites.