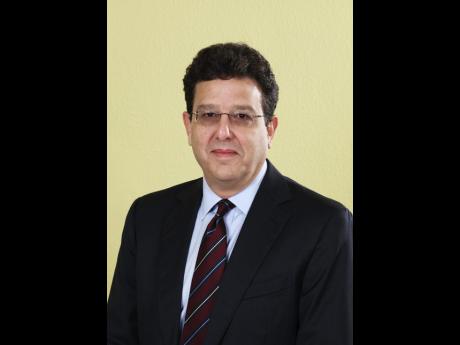 Well-known businessman and philanthropist Joseph M. Matalon is to be inducted into the Private Sector Organisation of Jamaica (PSOJ) Hall of Fame.

He is being hailed as "a most deserving recipient" by Jennifer McDonald, the organisation's chief executive officer.

McDonald said that Matalon was being inducted for his vision and his transformative leadership style, which are exemplary qualities that, if emulated by leaders at any level, "will help catalyse the country's growth and development".

"Mr Matalon's contribution to nation building is not just limited to economic transformation. He has also impacted the lives of thousands of young Jamaicans through community engagement and charitable work," McDonald noted.

Matalon will become the 26th business leader to be inducted. He told The Gleaner yesterday that he is grateful and delighted to be recognised by his peers.

"It is obviously very flattering that the PSOJ would seek to induct me into the Hall of Fame. I am humbled and, at the same time, very grateful and happy," he said.

"I feel almost as though I don't belong [among the others already inducted] because I look around at the great people there, and I think that they have been more deserving of induction," reasoned Matalon.

He said that his family and colleagues at ICD Group Holdings are delighted by his induction.

"And that means a whole lot to me, obviously," Matalon said.

Matalon is chairman of ICD Group Holdings Limited, a diverse group of companies within the Caribbean and North and Latin America. He was the founding chairman of the St Patrick's Foundation, and remains an active philanthropist.

He served as chairman of the Development Bank of Jamaica between 2007 and 2016 and is also co-founder and chairman of First Angels Jamaica.

He is also a director of the board of the RJRGLEANER Communications Group.