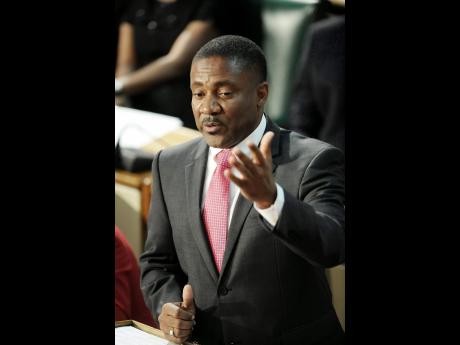 As Parliament's Public Administration and Appropriations Committee (PAAC) continues its probe of the operations of the Ministry of Science, Technology and Energy, technocrats struggled to provide details about the $60-million verbal contract issued to Peak Energy Solutions, whose sole shareholder was Constantine Gordon, the former general manager of Nationwide News Network (NNN).

Gordon resigned amid the deepening scandal at the ministry, where representatives were again called before the PAAC to answer questions about corruption, nepotism, and cronyism at the ministry, which has seen the removal of Andrew Wheatley, the former minister. Several heads of public bodies under the ministry have also been removed and boards dissolved.

Phillip Paulwell, member of parliament for Kingston Eastern and Port Royal, continued to question the $60-million verbal contract between NESoL and Peak Energy Solutions Limited for work on Community Access Point (CAP) sites. Work was carried out between October 2017 and July 2018, and the company was paid $12.16 million for work done on 19 sites.

Gordon, who was Warren's boss at NNN, was contracted by sole source, and Warren chaired the projects committee of the Universal Service Fund (USF), which chose the contractor. The USF representative to the committee, Violet Badroe, said the fund was unaware that NESoL would outsource the work to Peak Energy Solutions. She told the meeting that USF had outfitted CAP sites before, but they had no experience in installing solar energy.

USF's total contract for the project was $118 million, of which $87 million was paid to NESoL, which further contracted Peak for 28 projects. Of this number, 19 have been completed and NESoL paid $12 million. No further engagement is being sought with the company. No reasons were given.

Angela Prendergast, acting general manager of NESoL, told the PAAC that contracts were broken into small sums. This kept them below the threshold of $2 million.

The meeting also heard that Warren's committee selected the contractor.

"Peak's payment was below $2 million. His payments were like $300,000 to a million per payment," said Prendergast.

Committee chairman Wykeham McNeill said that the "NESoL mess [ is as] clear as mud" and asked if the fragmented contracts were legal.

Permanent Secretary in the Office of the Prime Minister Audrey Sewell said that under the procurement guidelines, there are rules that contracts should go to tender and not be fragmented.

Kirk Broughton, an engineer at NESoL, told the meeting that he was sent on 10 months' leave, and much of the work by Peak was done while he was off the job.

During the deliberations, some persons found it difficult to keep a straight face as there was clear confusion on the part of some of the officials as to where their substantive agencies fell within the Government structure.

(EDITOR’S NOTE: An earlier version of this article stated that the PAAC was told that Carolyn Warren, who has resigned as general manager of NESoL, and Laurence Pommells, acting chief engineer at NESoL, were the only signatories to the cheques that paid Peak Energy Solutions Limited.  However, this was incorrect.)