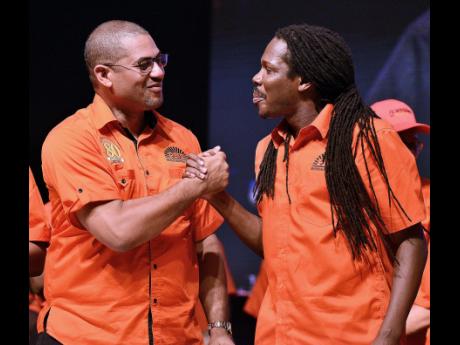 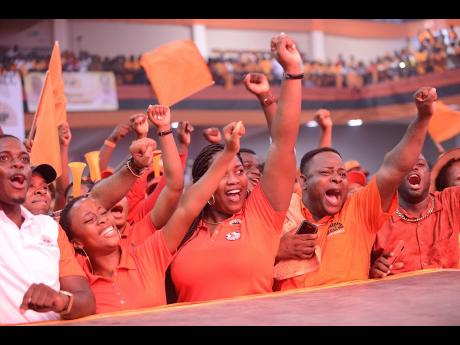 Having had their fill of platform utterances, tailored political dubplates and rallying cries, the rain clouds that eventually burst over the National Arena in Kingston yesterday afternoon did little to dampen the euphoria of Comrades at the People's National Party's (PNP) 80th annual Conference.

The scenes of jubilation for the thousands of comrades who crammed into the National Arena were preceded by a vibrant devotional exercise which, among other things, prompted unity within the party.

Newly elected vice-presidents Damion Crawford, Mikael Phillips, Phillip Paulwell and Wykeham McNeill soaked up the chorus of congratulatory messages, with each ovation more emphatic than the previous, but none more so than when Crawford took to the lectern at the sound of Buju Banton's Hills and Valleys.

Lip-syncing the lyrics "only Rasta can liberate the people", Crawford proceeded to detail a dream he said he had on Saturday night of a Jamaica that is educated, healthy, equitable and fair.

But before that, flanked by his fellow vice-presidents, Crawford had to beg for calm so that he could speak.

"Comrades, I had a dream last night, and the dream told me things are going to change," said Crawford, sending the swelling crowd inside the National Arena into another round of wild cheers.

He then charged that the PNP must be solutions-oriented as it seeks to form the next government.

Every mention of his name throughout the session resulted in deafening cheers.

One by one, the party's bigwigs made the lectern their own in a session that lasted little under five hours.