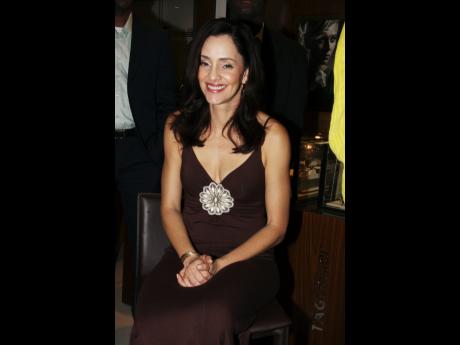 For years she has appeared on the stage at political rallies supporting her husband, but today when she takes the stage at the National Arena during the Jamaica Labour Party's (JLP) 75th Annual Conference, Ann Marie Vaz will be appearing as the party's candidate-elect for the Portland Eastern constituency.

"It is still surreal to me because I really don't consider myself to be a politician and I'm excited. I have had a lot of firsts since June when I was confirmed by the party and I'm looking forward to actually sitting on stage," said Vaz, as she declared the pleasure she is getting since deciding to enter representational politics.

"I am enjoying this so much and I didn't believe I would have enjoyed it so much. I love my house-to-house campaign since October, and the response has been overwhelming," added Vaz.

She said she is walking the entire constituency and should finish walking one of the five divisions by the end of this month.

"I want to walk where my people walk, I want to see where they live. I don't want to hear about a road that needs to fix, I want to know that the road needs to fix," declared Vaz, who is trying to capture a seat that the People's National Party has held since 1989.

According to Vaz, she is not looking for a political movement, as in a shift from the PNP to the JLP to capture the seat, but the residents of the constituency are tired of the lack of representation and she wants to offer them that.

"If the MP (Dr Lynvale Bloomfield) was doing his job, I wouldn't be here. I am doing this because of the love that I have for the people of Portland," said Vaz, whose husband Daryl is the MP for west Portland.