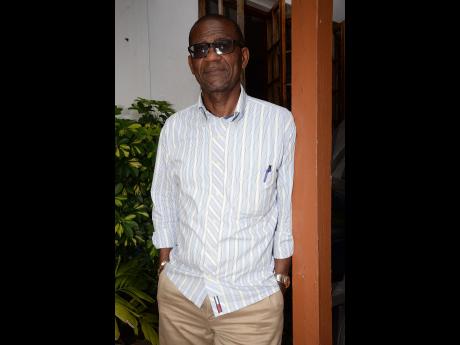 General Secretary of the People's National Party (PNP) Julian Robinson has dismissed reports that the Portland Eastern Member of Parliament (MP) Dr Linvale Bloomfield has been ordered to step down as the chairman of the constituency.

But Robinson has confirmed that the party could decide to replace Bloomfield as its standard-bearer in the constituency for the next general election.

"He may not be the candidate going forward, but in terms of the chairman, that is decided by the delegates at their conference," Robinson told The Sunday Gleaner, as he noted that the constituency chairman is not necessarily the party's candidate.

"This is one of the critical constituencies that we need to win, and will make a determination as to what is to be done to ensure that it remains a strong PNP constituency," added Robinson.

Late last week, word started spreading among the Comrades in the constituency that a decision had been made by the leadership of the PNP to replace Bloomfield, who first won the seat in 2011 and retained it despite the party's defeat in 2016.

According to a PNP source in the constituency, some Comrades are concerned that Bloomfield has been losing ground and was out of touch with the constituents.

Last Friday, Bloomfield would neither confirm nor deny that he is facing the sack, but he told The Sunday Gleaner that the groundwork he has been doing over the last year and half has put him in good standing with the electorate.

"I have won two back-to-back elections, which speaks volume to my stewardship," said Bloomfield.

"Yes, there have been little hiccups along the way; however, I must point out that at this time in my political career, I feel at ease and I am very confident going forward. As it is now, I am still the sitting MP, and I will continue to do the work of the people, so as to fulfil my mandate," added Bloomfield.

There have been repeated claims that the PNP is worried that Bloomfield will be no match for Ann-Marie Vaz, wife of West Portland MP Daryl Vaz, who was recently confirmed as the Jamaica Labour Party (JLP) candidate for the constituency in the next general election.

But veteran councillor Dexter Rowland, one of the two sitting PNP local government representatives in the constituency, is not convinced that Bloomfield has to be replaced.

"There were some shortcomings on the part of the MP, which was being addressed after several meetings were held," said Rowland.

"I think he did fairly well during his two terms in office. However, based on the results of the poll done by the party, I (would) understand and respect the decision," added Rowland.