Business as usual after massive police operation in August Town 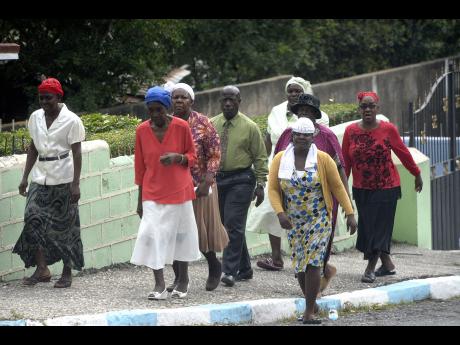 operation in August Town, St Andrew, as the cops continued their efforts to keep the lid on a steaming gang war in the area.

Following the killing of three men in the community on January 1, two of whom were said to be related to the area leader in the section known as 'Bottom Gola', the security forces have kept a close watch on the area, including imposing a curfew.

The early morning operation seemed targeted by the cops as by mid-morning, it was business as usual in the community, with residents conducting regular commercial activities, including sidewalk vendors selling food and clothes.

Restaurants, bars, and shops were all open, and churchgoers were seen making their way to their places of worship.

The detained men were taken to the Half-Way Tree Police Station for processing, but up to press time, there was no word from the cops if any had been arrested or charged.