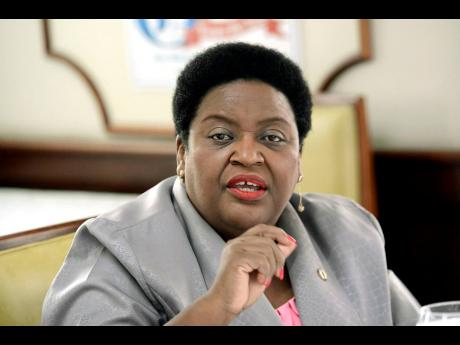 Jamaica’s chief political referee, Donna Parchment Brown, is urging those jostling for control of the vacant East Portland seat to exercise restraint as temperatures run high in what is expected to be a hotly contested race.

The partisan rallying cry is set to intensify in the constituency, with Prime Minister Andrew Holness likely to announce a by-election date on Friday, sending voters to the polls to elect a political representative following the murder of Member of Parliament (MP) Dr Lynvale Bloomfield.

The ombudsman has cautioned against campaigns predicated on personal attacks.

“We (the Office of the Political Ombudsman) are calling on everyone in saying, ‘Let’s not destroy the lives of the people of East Portland by conducting a campaign that is not only disrespectful, but potentially harmful to the people there’,” she told The Gleaner.

Parchment Brown further indicated that the heads of the two major political parties should play a key role in defusing tensions between partisan loyalists and keeping the candidates in check.

“I am definitely relying on the most honourable prime minister and the leader of the parliamentary Opposition and leaders of any other parties or independent candidates that may contest the by-election.

“I want to say to them that the people of Jamaica deserve to be respected while also imploring them to ensure that the candidates and campaign managers show that they can run a decent campaign and increase public participation by encouraging persons with good behaviour,” Parchment Brown contended.

The political ombudsman revealed that she had not received any complaints about the official start of campaigning or any instances of political misconduct pending the announcement of a date and completion of the official nomination process.

“When he (prime minister) announces it, we will be ready. Our office is ready to give the support required, and we look forward to working with those involved whenever it is called,” she added.

This week, the People’s National Party (PNP) officially announced Senator Damion Crawford as its candidate for the constituency while the Jamaica Labour Party (JLP) has put forward Ann-Marie Vaz.

In announcing Crawford, Julian Robinson, general secretary of the PNP, said that the party’s campaign machinery would be fully engaged to support the former MP-turned-senator in retaining the constituency, which has been loyal to the PNP for the last 30 years.

The JLP’s Vaz, on the other hand, this week asserted that the constituency is in need of good leadership, declaring: “That’s why I’m offering myself to effect that change.”

“For decades, the basic infrastructure has collapsed, and tourism has been crippled,” she added, indicating that her main goal is to restore Port Antonio to its former glory when tourism was at its peak.