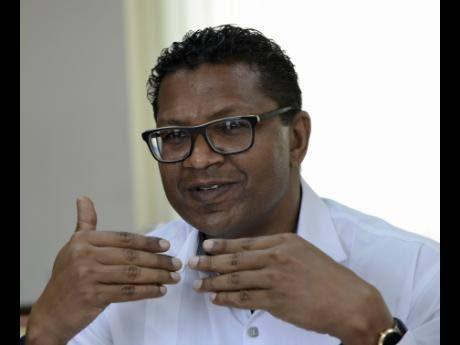 Big Sugar has characterised as ill-advised and misguided a months-long media blitz against the sweetener and has warned that the militant campaign for a tax on sugary drinks will not achieve behaviour change.

Any imposition of a sugar tax would only provide a revenue windfall for the Government instead of triggering a change in consumption patterns, said Richard Pandohie, deputy president of the Jamaica Manufacturers and Exporters Association.

“I am disappointed that aspects of the Ministry of Health’s engagement have been nothing more than a ‘tick a box’ as they press unrelentingly to fulfil their predetermined agenda,” said Pandohie, who is also CEO of the Seprod Group, which operates the Golden Grove sugar estate and is a major distributor in the trade.

“I think I could safely say that there is a trust deficit as we watch the Ministry of Health and other lobby groups literally bombard the airwaves, television, and print with their messages, the latest being their call for taxation on sugar-based beverages.”

Acknowledging that obesity is a leading risk factor for developing non-communicable diseases, Pandohie called for the Government and other stakeholders, including the Ministry of Health, to have consultations with the food industry, not engage them in a media war.

Pandhoie was speaking at a breakfast forum hosted at the Jamaica Manufacturers and Exporters Association (JMEA) and the Private Sector Organisation of Jamaica at The Jamaica Pegasus hotel in New Kingston.

As of January 1, 2019, the Jamaican Government imposed a ban on the sale of beverages containing more than six grams of sugar per 100ml to early childhood, primary, and high schools. There will be incremental annual decreases in the sugar content till it bottoms out at two and a half grams per 100ml in 2023.

But Pandohie argued that the anti-sugar movement was pursuing policy imperatives with undue haste, saying that the State should prefer moral suasion to punitive taxes. He also hinted that sugar taxes could cost jobs.

“Rushing headlong to achieve compliance, in less time than developed countries afforded their industries, may serve to be counterproductive. I thought we all realised that more taxation is not what is required, that is the stick. I would much rather the carrot, to see tax incentives that reward firms for innovation to provide consumers with healthier products that are affordable.

But Minister of Health Dr Christopher Tufton said that even though the Government had not settled on sugar taxation as policy, there was compelling evidence that fiscal measures changed consumption trends.

“As it relates to behaviour and behavioural changes, there is no disputing the fact that legislation and regulating, including fiscal policy, does have the capacity to influence behaviour,” he told The Gleaner yesterday.

Analysis by Mexico’s National Institute of Public Health found that purchases of sugary drinks dropped by 5.5 per cent in 2014 and 9.7 per cent the following year while purchases of untaxed drinks rose on average by 2.1 per cent over the two years.