JDF not ready for Rasta soldiers ... but local community hails rise in numbers among British ranks 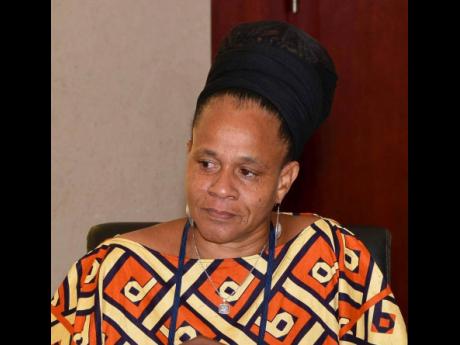 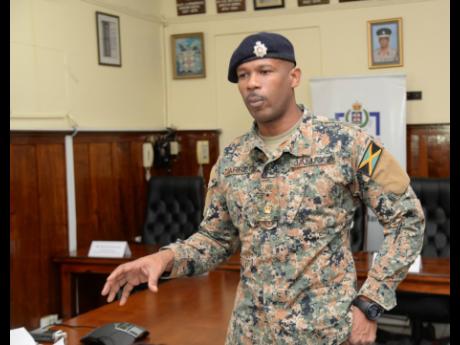 A prominent member of the local Rastafarian community has hailed reports of Rastafarianism being the fastest-growing religion among British soldiers as a victory for the faith, even as the Jamaica Defence Force has not yet warmed up to the idea of enlisting dreadlocked soldiers.

On the weekend, an article in a United Kingdom newspaper – The Daily Star – highlighted that there are currently 210 Rastas in Her Majesty’s Armed Forces, a 40 per cent increase since 2016, when they numbered 150. The article attributed the climb to the UK’s Ministry of Defence having to broaden its recruiting horizons following the sacking of thousands of sailors, soldiers and airmen as part of defence cuts.

Sister Mitzie Williams, who has served as chair of the local Nyahbinghi Administrative Council, said that while she, like many Rastas, believes institutions like the military are oppressive, the growth is a step in the right direction for religious rights. She also lamented various levels of discrimination faced by Rastafarians over the years.

“I see it as a victory anywhere at all. I see it as a victory in any faith that people are allowed to exercise their personal, religious, constitutional and most of all, their human rights, whether in the army or in a government office,” she told The Gleaner yesterday.

“I remember going to a school to apply for a job as a teacher and the first thing the man asked me was if I came to indoctrinate the children or convert them to Rastafari. The only reason he said that was because of my locks. I’m sure he would not say that to a Christian lady,” Williams added.

“If you have the qualification to fit the job, then why should you be discriminated against because of your faith? If individuals aren’t allowed that amount of personal discretion and judgement, then we are all at risk of being discriminated against. If you decide that brown people can’t get this job because of whatever, or because you live at the wrong address, it leaves personal decisions and choices wide open to not allow qualified people their opportunity.”

The British army’s recruitment website notes that Rastafarians serving in the army “may wear full beards and may have dreadlocks, which do not need to be altered or cut, but should be worn in a manner that is tidy and allows for the wearing of all forms of headdress correctly. Operational Effectiveness and Health and Safety must not be compromised at any time”.

While the Jamaica Defence Force (JDF) has been modelled off the British military system, local Rastafarians might not receive such a warm embrace.

Major Basil Jarrett, the JDF’s civil military and media affairs officer, told The Gleaner yesterday that while the JDF does not discriminate on the basis of religion or denomination, “what would bring a practising Rastafarian to odds with us is primarily the cutting of his hair and the use of marijuana as a holy sacrament. The force has very strict codes of conduct relating to those two things and so [those] would present real obstacles”.

It would appear that Rastafarian soldiers in the British army are also not as free to light up as a government document on religion and the armed forces point says: “Whilst the faith supports the smoking of ganja (marijuana) this practice remains unlawful in the UK, and is unaffected by the Equality Act.”

Jarrett, however, indicated that certain aspects of the faith do find favour with the JDF.

“The JDF actually admires the healthy living, clean eating and, certainly, the emphasis on peace, brotherly love and goodwill to all men. These are values the JDF endorses,” he pointed out.