Vaz: I have never practised discrimination 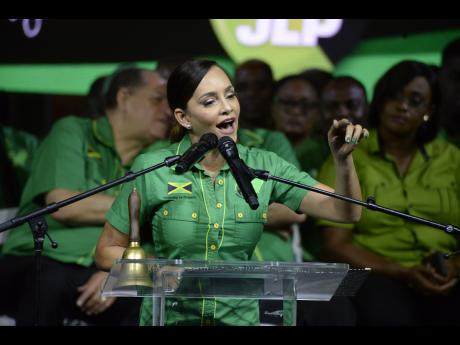 The Jamaica Labour Party’s (JLP) prospective candidate for the East Portland by-election, Ann-Marie Vaz, has rubbished claims of political victimisation levelled against her by People’s National Party (PNP) supporters, declaring that her type of politics is not partisan.

Vaz, who is expected to do battle with the PNP’s Damion Crawford in the March 25 poll, was responding to a story published in yesterday’s Sunday Gleaner about the heightened infrastructure works currently under way in the constituency.

While welcoming the improvements, PNP supporters in the communities of Lydarth, Nonsuch, Sherwood Forest and Fairy Hill had charged that they were being intentionally overlooked for work on a range of road-maintenance, drain-cleaning, and bush-clearing projects.

“Over the many years, in times of disaster and times of stability, I have never practised discrimination in whatever work I do. When we had flooding and landslides previously, I never asked beneficiaries of the help we were giving who they voted for,” Vaz contended.

“The ploy from the PNP to cry about works is disingenuous.

“They have held constituencies for decades while in Government and have not responded to the people’s needs. Whatever works they did were always distributed tribally. Labourites seldom complained about the victimisation ... . Now that there is a turning tide, the PNP is falsely complaining about victimisation and whining about me doing my job as a representative of the people,” she further asserted.

Vaz pointed out that as a caretaker, she has no access to government funds or control over how councillors spend their allocation.

“Whatever works are funded from the central government would have been routine and allocated as fourth-quarter expenditure before there was any notion of a by-election, as the fiscal year was already winding down to a close,” she expressed.

“My theme is ‘Action’. I am showing the people that I will act in their interest even without government funds,” she added.