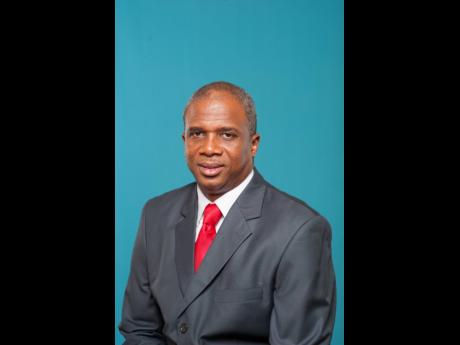 The opposition People’s National Party (PNP) has expressed sadness at the passing of Rudyard ‘Ruddy’ Mears, the caretaker for South West St Catherine.

In a release yesterday, PNP President Dr Peter Phillips said that Mears’ death has left a void in the heart and soul of the PNP, and his contribution to the party, particularly at the constituency level, where he spent his time organising and advocating for others, will be greatly missed.

The PNP hailed him as a hard-working and committed businessman who was devoted to his family while being a passionate believer in community development and the advancement of the poor and dispossessed.

Mears lost his bid to represent the constituency to Everald Warmington in the 2016 general election.

The mayor of Miramar, Florida, Wayne Messam announced on Thursday that he is joining the crowded field seeking to unseat President Donald Trump in next year’s election.

The 44-year-old construction company owner knows why pundits say he won’t win – low name recognition and funding, no sitting mayor has ever won the presidency, his lack of political experience, and more.

But he is quick to respond with why he can.

Why does he have to be governor or a senator first? Trump wasn’t.

Who says mayors don’t have the necessary experience? Messam says he deals with infrastructure and business needs on a micro level in his Fort Lauderdale suburb in ways governors and senators don’t.

Messam’s parents emigrated from Jamaica – his father cut sugar cane before becoming a farm mechanic, and his mother was a cook and housekeeper.

Jamaica sent a clear message on March 22 to fishers poaching in the country’s territorial waters with the forfeiture of two fishing vessels and the criminal conviction of Dominican Republic fishermen Limbert Valdemura and Manuel Martinez in the Corporate Area Criminal Court.

Valdemura and Martinez are the captains of the two vessels manned by a 54-member crew of fishermen from the Dominican Republic, which were intercepted and seized by the Jamaican Defence Force Coast Guard on Saturday, March 9. The vessels bearing queen conch, spiny lobster, crabs, fin fish, and octopus were confiscated by the authorities.

The Jamaica Defence Force (JDF) will be conducting training exercises in and around the Caymanas area of St Catherine between March 31 and April 6.

The JDF is advising residents that there is no need to be alarmed by the presence of the soldiers as the training exercises in their community will not involve any live firing, and, therefore, will pose no danger.

Residents are asked not to interfere with and/or move training aids. In the event that unexploded ordnances or paraphernalia are found, please report it to the JDF Headquarters at telephone number (876) 960-8776.

Members of the public who may have concerns about the presence of soldiers in their area may also contact the JDF.