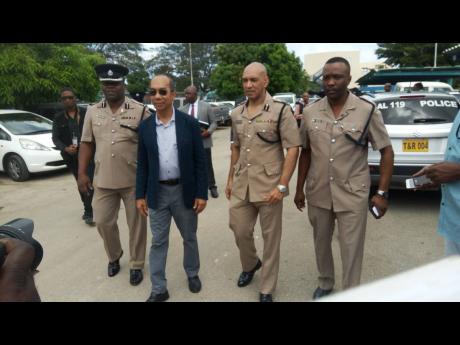 Superintendent Vernon Ellis, commanding officer for St James, has moved to assure members of the local Chinese business community in the western parish that the security forces are working to ensure that the commercial environment in which they operate remains safe.

Within recent times, there has been a spate of robberies at Chinese-owned business establishments. The most publicised incident was a daring early-morning robbery in Montego Bay on March 10, when robbers intercepted a courier vehicle transporting money and murdered the driver and a member of a Hawkeye close security team, which was providing escort service. A second security guard was injured in the attack.

“I want to give to you, as business people, the reassurance to carry out your business. Remain calm and continue to support the police as we make the environment safer for you to do business,” Ellis said, while speaking at the annual meeting and celebrations of the Fujian Association of Jamaica on Sunday at the Beauty Queen’s Commercial Complex in Fairview, Montego Bay.

“We are not at the stage where we are a smart city as China is, but we are heading there,” Ellis explained at the event attended by Chinese Ambassador Tian Qi.

“Now, we must say to you, while we are growing quickly, we are adopting quite a few areas of technology to make the commercial space safer with the advanced layout of our closed-circuit television throughout the entire city of Montego Bay,” stated Ellis.

“The police would have obtained quick-response technologies through cellular-phone systems. Those have been deployed. They have been tied in to the assets that we have out there, and we are able to electronically look at how many places are being checked by the members of the ground and where the assets are inside our space,” added Ellis.