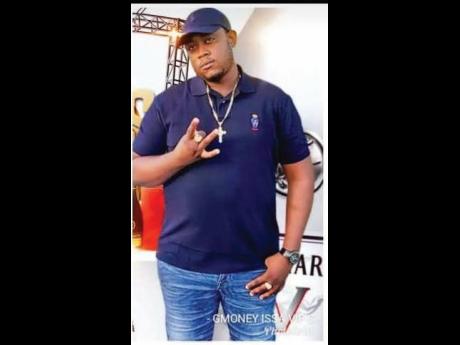 There is disquiet within the Jamaica Constabulary Force (JCF) that three cops involved in last week’s controversial high-speed chase and shooting in Spanish Town, St Catherine, are being used as scapegoats to shield unorthodox policing methods aimed at stemming crime in Jamaica.

“Nobody is going to tell you that they are using unorthodox methods to fight crime in the police force,” said one senior divisional commander in the constabulary as he justified the presence of multiple licence plates and blue police lights used on some unmarked police service vehicles.

“You can change licence plates and you can even change the cars, too. But these are not something that you make known. The intelligence world will never admit to these things, and we cannot admit to certain things that are done to fight crime in Jamaica,” explained the senior cop, who requested that his name not be published for fear of departmental sanction.

“Everybody wants crime down, but the legitimate way or the structured way that we would want to use won’t work alone. When the unorthodox methods work out, good ... the whole country applauds, but when it goes the other way, it is like you (the police) alone are buried,” he argued, adding that the police hierarchy – and even the Government – know about such strategies.

Last Sunday, the public woke up to news that three alleged rogue policemen were intercepted by an off-duty officer, who engaged them in a shoot-out, causing a grey Nissan AD Wagon in which the cops were travelling to crash into another vehicle at the intersection of Brunswick Avenue and Job Lane.

The incident occurred after the murder of businessman Sheldon ‘Junior Biggs’ Daley, at a party in Chedwin Park on the outskirts of Spanish Town, and ended in the deaths of a motorist, Kevron Burrell, and police Corporal Rohan Williams, who was assigned to the Mobile Reserve.

It was initially reported that the cops were part of a rogue squad that carried out Daley’s killing. But on Wednesday, the cop still at large, Kirk Frazer, pleaded his innocence in a TVJ interview.

He explained that while chasing Daley’s alleged killers, the unmarked police car was fired on by men chasing them in a Honda motor car and that the fire from that vehicle was so fierce, it caused them to crash.

Five handguns – three Glocks, a .45, and a Browning 9mm – multiple motor vehicle licence plates, blue flashing lights, and a logbook were recovered from the AD Wagon in which the cops were driving.

Three of the guns were confirmed to be JCF-issued service weapons while the Independent Commission of Investigations (INDECOM) was yesterday still trying to identify whether the other guns were illegal or legitimately owned by the cops.

INDECOM yesterday declined to say whether spent shells from high-powered weapons were found at the scene or if they were aware of the police changing licence plates on unmarked service vehicles as a strategy.

They also declined to say whether the other policeman in custody, or the off-duty cop – who officially reported that he was in possession of a licensed firearm registered ACYP489 and which had 50 rounds of ammunition – has been formally interviewed.

However, one senior investigator said it was common for investigators to change licence plates to protect their identities during stakeouts and other covert operations.

He also said that unmarked police vehicles in some units such as the Narcotics Division, the Criminal Investigation Branch, and the Counter-Terrorism and Organised Crime Branch are assigned emergency blue lights, and some have radios and sirens.

He also said it is not uncommon for policemen to travel with more than one firearm on their person.

“The reality of it is that many policemen carry both their firearms every day … . If I’m going on patrol, I will leave my personal firearm at the station. But if I am off-duty, or going home, I will have both,” he said.

“A lot of people would hear about these things and find it strange, but they are not familiar with the undercover and unmarked work of the JCF,” said the cop.