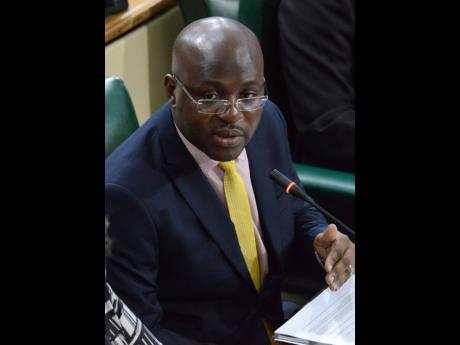 The Firearm Licensing Authority (FLA) has said that there are “issues” with how the 19 guns stolen from a security company in Montego Bay, St James, on the weekend were being stored.

However, FLA CEO Shane Dalling declined to discuss the issues uncovered, but warned that the person who licensed them could face tough action if an investigation determines that there was negligence.

Dalling said that a team from the FLA has already visited the company’s offices in Ironshore, on the outskirts of Montego Bay, and has provided him with a preliminary report.

“The FLA has joined the investigation based on the fact that there are issues concerning how the firearms were stored that would have caused them to be lost or stolen,” Dalling told The Gleaner yesterday.

“We treat the loss of every firearm – whether it is stolen or lost – as a very serious matter, and we will be taking very serious, strong action against every single [licensed firearm] holder who causes a gun to be negligently lost,” he insisted.

Among the punishments that could be meted out is criminal prosecution or a permanent ban on obtaining a firearm licence, Dalling disclosed.

“I go further to tell you that the steps we will be looking at is where a person has more than one firearm and loses one firearm, they now run the risk of losing all their firearms,” he said.

Law-enforcement sources report that sometime between Thursday and Friday last week, thieves forced their way into the security firm and removed fifteen .38 revolvers, four shotguns and an undetermined quantity of assorted ammunition.

The crooks also made off with three motorcycles and two desktop computers, along with the recording device attached to the closed-circuit television system.

A director of the company reportedly told the police that he securely locked the office, located on the Ironshore Estates compound, before he left the establishment on Labour Day.

He reportedly returned a day later to discover that several padlocks on the grilles and locks on the doors had been broken. Further investigations revealed that a metal safe containing company firearms had been forced open.

The FLA boss dismissed as false reports that the licence for the missing guns had expired.

“In this case, the licence of the company was in order,” he said.

The FLA investigation could be wrapped up early next week.