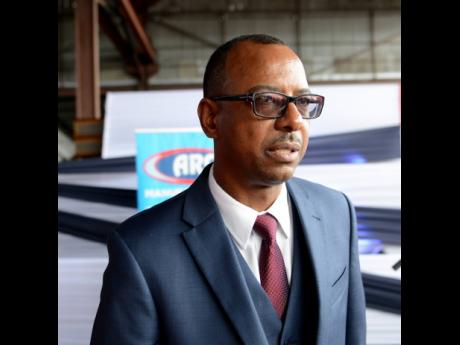 Executive Chairman of ARC Manufacturing Limited, Norman Horne, has emphasised that ARC Systems, the company that is in receivership, is separate from the company he leads. At the same time, Horne says the troubled company, ARC Systems, was built on sound principles.

“ARC Manufacturing is a separate, distinct and independent company from ARC Systems Limited,” Horne said in a release. “ARC Systems Limited was incorporated in 1996 as a trading company. ARC Systems was built on integrity, innovation and investment in human capital.”

Hardware distribution company ARC Systems Limited was placed in receivership for unpaid debts related to steel (rebars used in construction) bought from a transport company based in Montego Bay.

The order handed down in the Insolvency Division of the Supreme Court last Monday by Justice David Batts also appointed Kenneth Tomlinson as trustee/interim receiver and has given him the go-ahead to take possession of ARC Systems’ properties and track down its assets. Batts has given ARC Systems 90 days in which to produce audited financial statements covering the period 2014-2018.

Trouble for ARC Systems began in 2008, when the company stopped payment on a cheque in the amount of $25.835 million payable to Exclusive Holidays.

Horne noted in the release that “steel prices plummeted from $110,000 per tonne to $40,000 per tonne almost overnight, and that like many other companies worldwide, ARC Systems was not immune to the financial collapse and crisis of 2007 to 2008”.

He said that during the global recession, ARC Systems Limited stopped trading and that while he remained the majority shareholder of ARC Systems, he was not in charge of its day-to-day operations. At the same time, Horne says the company, which has long had no further intention to trade, has no assets and acknowledges some liabilities.

On May 19, 2019, by way of a notice in The Sunday Gleaner, shareholders of ARC Systems said that they had voluntarily decided to liquidate the company and that the decision was taken because ARC Systems had not traded for in excess of six years.

Horne said the notice came at a time when a creditor of ARC Systems made an application to the court to wind up the company. He said based on advice from attorneys and business consultants, ARC Systems opted not to contest the application but rather go into voluntary liquidation.