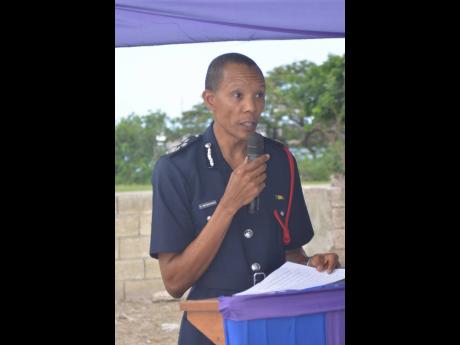 Speaking at the site of the old Barnett Street fire station, which was closed and then demolished in 2006, Beckford said the St James fire division has recorded an increase in fire reports and other emergencies in recent years, which points to the need for an extra fire station.

“In 2006, when the Barnett Street facility was closed, the St James fire division responded to approximately 881 fire calls. Fast-forward to 2018, where the division responded to approximately 1,700 fire calls. We believe that the increase in fire calls and other emergencies is due to the development that has taken place in St James generally and the Montego Bay area in particular,” said Beckford.

“As the city of Montego Bay grows, it’s my humble opinion that consideration must be given for the erection of a second fire station in Montego Bay. What that will do at the JFB is to reduce the distance we have to travel to respond to emergencies and to improve on our response time, which is very critical when there’s an emergency,” the fire chief stated.

“There’s been a westerly expansion of the city in recent years, and this expansion is commercial as well as residential. A few of these commercial expansions include Fairview Shopping Complex and Bogue City Centre, and residential areas include Bogue Village, Montego Bay West Village, and Tyre Estate in Reading,” added Beckford.

The original Barnett Street Fire Station was closed in June 2006 after falling into disrepair, leading to its facilities being temporarily relocated to Fairview in Montego Bay.

The new fire station building will be constructed under the Jamaica Social Investment Fund’s Disaster Vulnerability Reduction Project at a cost of J$534 million. On completion, it will serve up to 200,000 residents in Montego Bay and its environs.