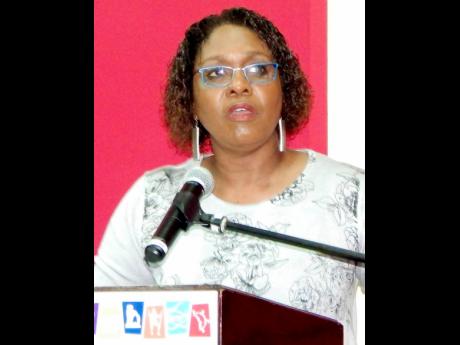 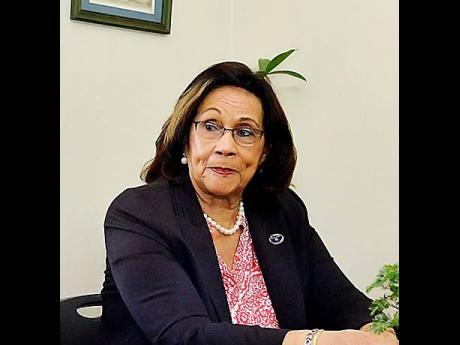 Chairman of the embattled Edna Manley College of the Visual and Performing Arts, Marigold Harding, has reacted with shock at the principal’s revelation that she had previously warned a lecturer who was recently sent on leave as a result of alleged sexual misconduct.

Dr Nicholeen DeGrasse Johnson, principal of the Edna Manley College of the Visual and Performing Arts, admitted to a parliamentary committee yesterday that two years ago, when a member from the faculty of the School of Arts Management and Humanities complained to her that students were raising allegations of sexual misonduct, she warned the alleged offender.

Allegations of sexual misconduct by a male lecturer at Edna Manley College were first brought to light in a Sunday Gleaner expose last month. Since then, administrators have been facing heat over claims of a cover-up and inaction when reports were made.

“Did you ask the member of staff if she had any statement from the students,” Public Administration and Appropriations Committee of Parliament (PAAC) member Leslie Campbell asked DeGrasse Johnson.

The principal said the lecturer said she did not have any statement, but promised to get one from the student.

“Did you insist on her going back and getting the statement?” Campbell pressed.

“I would have done that,” she replied.

DeGrasse Johnson said when she was eventually given a statement, “I read it. We were to meet with the gentleman, but he was off the island.”

She was then blasted by Campbell.

“The fact is you did not the procedure instituted to have him brought before the disciplinary panel,” he said.

“And so in furtherance of that, he was then empowered to go and attack other students and this is what has triggered the reports we had in 2019,”

“I disagree with that,” she said.

“I spoke with the vice-principal of academic affairs at that point. Nothing came in before that, and so because of the delicacy of the matter, when the lecturer returned to college, we had a conversation with him. At this point, I said to him if it happened again, because I didn’t have anything to work with and he denied it, we would move forward, and we didn’t get anything until this year,” she sought to explain.

Reacting to the revelation, board chairman Marigold Harding told The Gleaner yesterday that she felt betrayed.

“She (the principal) has put herself in jeopardy, and we (the board) have called an emergency meeting for Thursday morning, where we expect the principal to respond to questions related to her admission in Parliament.”

Harding said having had a number of meetings with the principal, she never once said she knew of any cases of complaints.

“I think she felt it was better to lie to us than to lie to Parliament. When you lie to Parliament, it is like lying to the nation,” she argued, adding that DeGrasse Johnson’s summons to Parliament was strictly to answer about the school’s accounts, contracts and whether the right procedures were being followed.

Owing to the fact an investigation was being carried out by the board, she was stumped by the line of questioning.

She says now the board will be forced to follow the same procedure and hold a hearing of the principal.

Harding said she is bothered by information that everybody has been saying sexual misconduct has been plaguing the school for years unabated, without any recourse for the victims.

“You want to tell me nobody in the school has heard the gossip? Don’t you have a responsibility to do something about it? It is incredible that this could have been happening from eight years ago,” she lamented.

The first hearing with the accused lecturer is scheduled for June 21, followed by a second hearing at the date which the board chair did not reveal.

However, she noted that once more complaints reach her desk, they will be dealt with at various hearings.