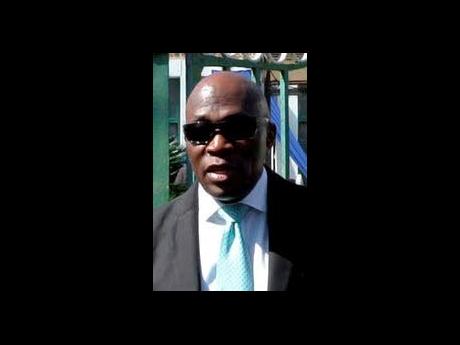 Removing medical doctors from the list of witnesses in wounding and assault cases could help to speed up some trials, says Chief Justice Bryan Sykes.

Speaking at yesterday’s opening ceremony for the Judiciary of Jamaica National Public Education Symposium at the Trelawny Parish Court in Falmouth, Sykes said that data over a three-year period show that wounding and assault make up the vast majority of the criminal cases (48 per cent) going before parish courts. He added that several cases have been adjourned because of the unavailability of medical certificates or doctors not being able to attend court.

“So why can’t we utilise the provisions of the law and agree that the person got a wound, the wound is two inches [and] eliminate the doctor so that [we have] one less witness?” asked Sykes.

“Oftentimes, the adjournments will want medical certificates, [but] the doctor is not going to tell us anything that we didn’t already know. [The] person got the cut, the cut is visible, sometimes they have the plaster, sometimes they have the bandage, and yet we are waiting for weeks and months, saying that we want medical certificates,” said Sykes.

“All the doctor is going to come and tell us is, ‘I examined so and so, … I saw these injuries, and in my professional opinion, they are consistent with being caused by knife, stone, machete’. All these things we already know,” added Sykes.

The chief justice said that in most wounding and assault cases, the complainant and the defendant know each other and that often, there is a fight, pushing and shoving, so the question of identification as to who did the injury is often also not in dispute.

“More often than not, I would say perhaps 99 per cent of the case is self-defence. What is that telling us?” asked Sykes. “This means that those cases can go through the system faster.”

According to Sykes, the court management system will be using the month of August to look at how they can improve the delivery of legal services.