Caregivers turn blind eye to child abuse out of fear for own lives - Majority remain silent because of lack of confidence in justice system, says JFJ 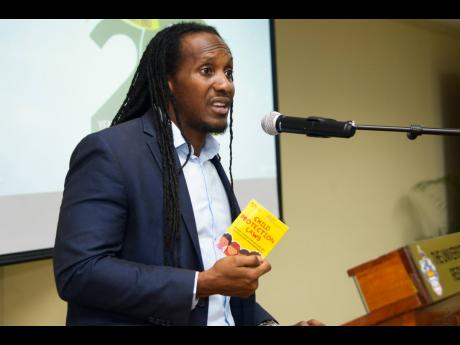 Eight out of every 10 Jamaican children have been exposed to some physical or psychological violence, according to the Junior Youth Minister, Alando Terrelonge.

Another 64 per cent have been bullied, and almost 80 per cent have witnessed violence in their communities, the minister further pointed out at a JFJ child-protection seminar and booklet launch at The University of the West Indies Regional Headquarters in St Andrew on Thursday.

“It is alarming! In a small island of not quite three million people, it’s alarming,” he told the audience.

The crisis, Jamaicans for Justice (JFJ) Executive Director Rodje Malcolm pointed out, was not being helped by the silence of persons charged with direct responsibility for the care of children.

He said that a survey showed that 70 per cent of educational and institutional workers who did not report child abuse said they lacked confidence in the justice system.

“Fifteen per cent of them said they [would make a report] if they felt their life wasn’t going to be at risk … [and] 11 per cent said if they knew that they could have been charged for not reporting, that would have motivated them to report,” said Malcolm.

Malcolm said the absence of compulsory and sustained training is another major issue affecting child protection.

“Knowledge and attitudes among the persons who are charged legally with caring for children, unless they are specially trained, is no different than that of the general public ... and so we shouldn’t expect different results because we haven’t done anything to invest in them,” he charged.

The JFJ has embarked on a training programme for more than 900 duty bearers, including police recruits at the National Police College, teachers at the early childhood to tertiary levels, workers in childcare facilities, and justices of the peace.

Malcolm said that special training across the board was critical to improving the system.

The occasion was used to launch the Child Protection Laws booklet for educators and childcare professionals, a pocket guide that simplifies laws relating to children.

It was developed by JFJ and the Ministry of Education with the support of a Canadian government-funded programme, the Justice Undertakings for Social Transformation Project.

The booklet will be available to all schools and childcare facilities as well as online for the general public.