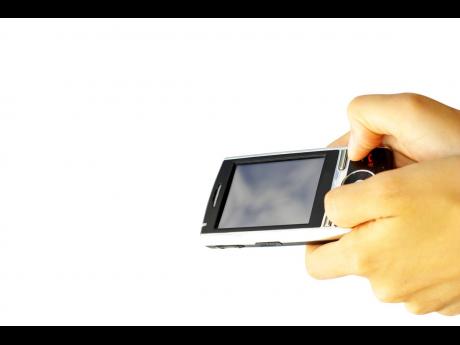 She made the disclosure during a recent interview with The Gleaner as she sought to shed light on the level of cyberbullying in Jamaica and its potential negative impact on children.

The most recent local statistics on cyberbullying were released in a 2015 survey conducted by the then Child Development Agency (CDA), with support from UNICEF. According to the survey, up to 65 per cent of students had reported being subjected to some form of bullying online.

When asked whether there were regular reports of cyberbullying coming before her office, Gordon Harrison explained that it is usually accompanied by other forms of violation. This has led to the under-reporting of cases, as the police have confirmed to The Gleaner.

“So you have, for example, somebody does something – there’s a sexual assault, then an accompanying part of that is the cyberbullying,” the children’s advocate noted.

When contacted, two representatives of the Cybercrimes Unit of the Jamaica Constabulary Force told The Gleaner that they had no reports of cyberbullying. The male and female officers, who did not wish to be named, pointed out that cyberbullying is not covered under the current Cybercrimes Act.

“We wouldn’t investigate a straight case of cyberbullying since it would be next to impossible to get a conviction under the current law,” one officer explained. He said the police will take action when cyberbullying is accompanied by something else.

“For example, it may have started out with a social media post where one person tries to belittle the other person and it may then escalate into a physical confrontation where one party gets hurt. In such a scenario, we can charge someone with assault,” the officer said.

“We wouldn’t necessarily charge someone with cyberbullying, so we are unlikely to take such a report,” the officer added.

Both officers are appealing for the legislation to be strengthened so they can go after cyberbullies. They pointed to the possible negative and deadly effects of cyberbullying, including children who may become suicidal and actually harm themselves, while others may display aggressive and disruptive behaviours and still others may become depressed and withdrawn. This is backed up by research.

Meanwhile, Gordon Harrison also pointed out that persons who engage in cyberbullying could be getting away with it because of shortcomings in the current legislation. She explained that cybercrimes, including cyberbullying, are difficult to define in large part because of the current Cybercrimes Act.

“Our Cybercrimes Act really speaks to the mechanical and technical side of computers. It doesn’t take into consideration the types of abuses that happen when you use computers, for example, to perpetrate bullying or any other such criminal activity,” she said.

The former deputy director of public prosecutions made submissions before Parliament more than three years ago arguing for the law to be strengthened “because we’re seeing whereby the social activity and the use of cyber machines and so on are being exploited for this purpose”, she said.

When told that representatives of the police’s Cybercrimes Unit had told The Gleaner they were unable to provide any statistics on cyberbullying in large part because of the existing legislation, Gordon Harrison said: “The police are right when they indicate that there’s a need for legislation in that regard, and I would have made submissions on this in 2016 to the Houses of Parliament along that particular line, and I stand by those submissions, of course.”

As it relates to cyberbullying involving students, Gordon Harrison cautioned against a heavy-handed approach being taken to tackle the problem since it is usually other children who are involved.

She is in favour of teaching behavioural change. In this regard, the Office of the Children’s Advocate has had its own social media campaign dubbed ‘Be Social, Be Smart’.

“It identifies the risks if you associate with certain types of behaviours and what are the consequences that are attached to those risks. So we not only produce posters, but in a very instructive way we developed ‘Be Social, Be Smart’ manuals that address different cohorts,” said Gordon Harrison.

“We absolutely believe in public education because that’s how you affect behavioural change,” she argued.

“It has to be a sustained effort if we’re going to curb the careless ways in which some of our youth use these various platforms,” the children’s advocate added.