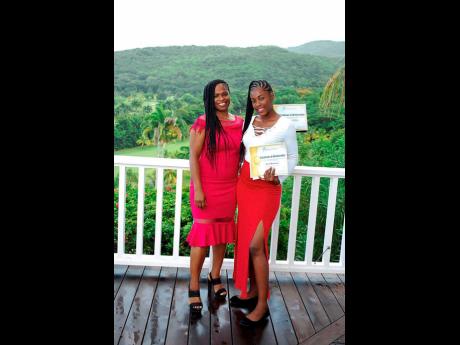 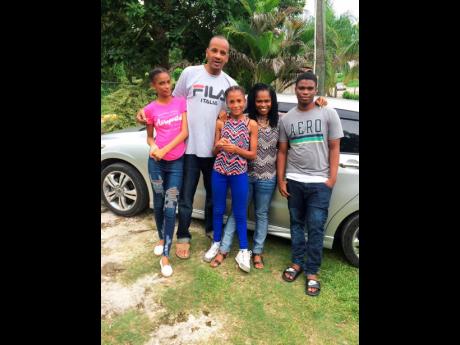 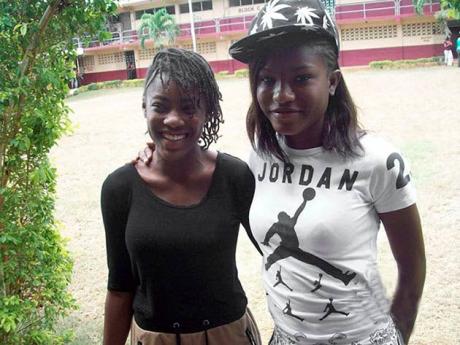 Becoming a foster parent was a role Delrose Phillips knew she wanted to play, even before she was of age.

The Hanover native, in recounting her experience as a foster parent, said her upbringing was a major deciding factor.

“It’s something that I always wanted to do, maybe because of my origin. I was one of those children who were not taken care of by their father, and my mother went through a lot. I had it in mind, if I should be in a position [to do so], I would help somebody else.”

Though Phillips was challenged financially, she made use of her schooling.

“Even when I didn’t have lunch, I would go to school. Even if I had one-way fare, I’d make sure to go to school. What I would do most of the time, the little money I had, I would just buy icy mint and then throughout the day I would eat them,” the payroll supervisor said.

“When break time, I would go out, walk around the block and just take a little time then come back inside and sit down. Nobody knew that I didn’t have lunch.

“A couple years ago, I said ‘I think it’s time now’. I said to my husband, ‘Are you willing to help me foster a child?’ and he agreed.”

When Phillips sent in the application to the Child Development Agency (CDA) – now the Child Protection and Family Services Agency (CPFSA) – to become a foster parent, she was already mothering two children she had with her husband, Cohen.

“Two weeks after, I got a call, ’cause they came by and inspected the house. The representative told me that they had two sisters – she didn’t want to split them up and [based on the inspection], I could accommodate them, so if I was willing and I said ‘yes’.”

The two sisters were Petal and Petrina Robinson, now ages 12 and 13, respectively.

Petal was only four years old when her father took her to live with relatives because he was unable to take care of her.

The matter was dealt with by the court and she became a ward of the state. She lived in foster care and at the Granville Place of Safety in Trelawny until she was taken by the Phillipses.

Phillips said at first she had challenges because she realised that the girls, being the only constant in each other’s lives, did not have the opportunity to maintain an identity of their own.

In an effort to preserve their individual personalities, she arranged through the CDA for her mother to keep the older girl.

“She had the accommodation and I convinced her to take Petrina because Petrina kinda gravitated towards her. Even though they were separated, they were still together because they were living close by,” Phillips explained.

Merging the family was not a problem because her son and Petrina attended the same school and her daughter was like a sister to Petal.

She said Petal’s potential was on display for all to see. “She is like a magnet. Everybody keep saying, ‘How yuh get dis one?’

“I was willing to go above and beyond, just to make sure she got what she wanted. She said she wanted to make a change and I can tell you, she wasn’t an ‘A’ student but she worked very hard,” she said, adding that Petal is very appreciative.

She expressed how proud she was of her accomplishments and involvement in extracurricular activities, which allowed her to be an outstanding member of the prefects’ body at St James High and a year later, the deputy head girl.

“I am now doing studies to complete my ACCA [Association of Chartered Certified Accountants] exams and she is one of my motivators.”

Phillips would again visit the CDA to apply to become a foster parent to Petal’s younger sister, who was also in the system.

“Petal is the worrisome type – she worries about everything and she wants everything to be okay. I figured if I take another one, at least that worry would be off her head.” It has been a little over two years since she joined the family and is now attending high school.

“Where I live, it’s in the country area and so I will always have things to substitute for food and I do get some subsistence from the Government for them. I also have to thank God for the job I have ’cause it really helps ... I always make sure that they go to school and have lunch money, even if I have to borrow it for the time being.”

She said maintaining communication with the child-care officers is important as they can provide guidance where necessary.

“You have to keep in touch with them so they can monitor them ... . They have been a part of a family that you cannot tell that they are foster children. Petal would tell people, ‘that’s my mommy’ and people would say we look alike. My husband has been a wonderful father in supporting all the children and the extended family.

“Petal is a gem. If she did something that’s out of line and you talk to her, she won’t be doing it again,” said Phillips.

Petal’s personal experiences and her yearning passion to help people have propelled her to pursue an undergraduate degree in psychology.

“They have supported me through secondary school and now through tertiary. So I can say a big thank you to the government system, CPFSA and my foster parents who have been there for me and still are,” Robinson chimed in.

The second-year Northern Caribbean University student received a scholarship valued at US$5,000 from the Children of Jamaica Outreach Inc on September 11.

Petal is now 18 years old and aspires to become a counselling psychologist. Already, she has begun her advocacy for children as a member of the CPFSA’s Children’s Advisory Panel.

Phillips’ encouragement to potential foster parents is: “Somebody needs a chance and they won’t get it if you don’t give it to them and you don’t know who – I didn’t know who was coming to me but I took the chance, did it and it has worked out quite well. I’m a very proud foster mother now.”