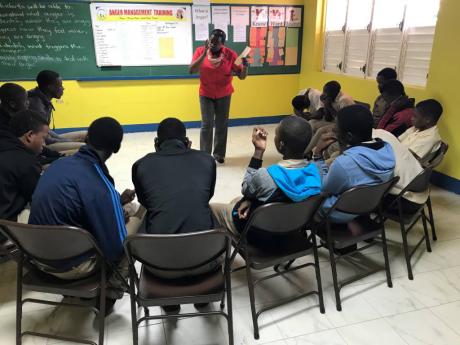 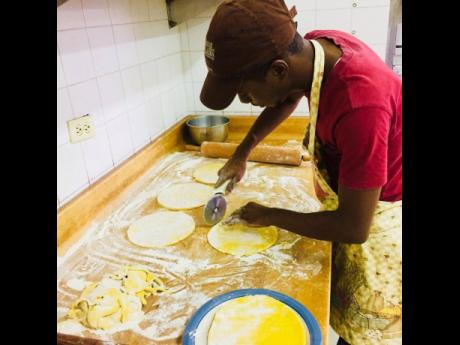 Contributed
A student engaged in a catering course 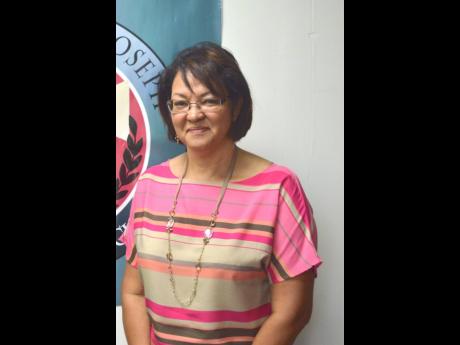 The mostly female staff at the two Catholic schools the Government transformed into time-out facilities last year have credited the success of the programme to the fact that they have a more structured environment and smaller classrooms.

The Alpha Institute in Kingston, and the St John Bosco Boys’ School in Manchester were selected as the venues to host the boys following increasing calls for the Government to provide alternative institutions for troubled students. The two institutions combined have since absorbed more than 150 boys who were taken from mainstream schools.

Susan Frazer, the director for both institutions, said from the very first day, the boys are required to ‘get with the programme’. Cell phones are confiscated at the start of school and reissued after dismissal, they are checked using a metal detector at the gate, devotion is mandatory, and priority is placed on both academics and developing a skill.

“There are still lines, there are still times of silence, there is no rough playing, you shouldn’t be seen fighting, or that’s called out. I don’t know if you want to call that paramilitary, but it is structured,” she said.

“Coming here sort of is an opportunity to be settled, to get into a space that is highly disciplined in terms of regiment, and then we meet you where you are,” said Marcia Tai Chun, ministry coordinator and legal counsel for the institutions operated by the Sisters of Mercy.

“We move in unison here, one voice, we move like an army. If you misstep, somebody catches you,” added Janett Grant, principal for Alpha Institute.

The boys generally spend between three and six months, but several have requested to stay much longer as they ease into what eventually becomes the new norm for them.

The Ministry of Education had announced the establishment of the two facilities last year as part of several measures to rehabilitate students who exhibit behavioural problems. The aim is to open 12 other such facilities across the island.

The ministry currently identifies the students to be placed at both institutions and fully finances the initiative but, as word of the programme’s success spreads, the administrators noted that school officials have been making contact as well to enquire how they can get students enrolled.

“I think that the school system is unable to cope with what is happening, generally speaking, hence the reason for the possibility of these schools,” said Frazer.

Director of guidance counselling, Sharon Pryce, said a lot of the boys are from similar backgrounds. They are often from inner-city communities and most have been exposed to trauma brought about by gun violence in their communities.

“When you get them one to one in sessions, they tell you that they have to be going under the bed and they witnessed their friends being murdered,” she explained.

Immersing the boys in entrepreneurial endeavours, teaching them new skills and getting them involved in a wide range of activities have been very therapeutic and have contributed to their transformation. With a teacher to student ratio of 1 to 10, the boys are given individualised attention as soon as they start to act out.

“Alpha has the added asset of a music programme, which, as you know, is long-standing and well known,” said Tai Chun.

Although there have been numerous calls for more males to join the classroom to help curb students with behavioural problems, the administrators of the Sisters of Mercy facility said they have been able to transform the boys despite having predominantly female teachers. About 70 per cent of the teaching staff is female.

Development officer Charles Arumaiselvam, who is one of the few male staff members at the all-boys school, believes the structure of the programme helps with the imposition of discipline.

“I think it is the fact that they know that they are checked in every aspect of the school behaviour here, so that in itself gives them the idea that this is very different. They can’t fool anybody,” he said.

Grant said the boys have been doing exceptionally well academically. They do both Caribbean Secondary Education Certificate examination and City and Guilds levels one to three.

“We have had great success. Every year, we have national awards,” the principal said, beaming.

Oliver Crawford’s son was just 13 years old when he was enrolled in the programme, and after spending a year at the institution, the transformation in his son was obvious. The father said his son was taught barbering while at the Alpha Institute, and since then, has been focused on honing his skills in the area.

“Right now he is really getting professional in the barbering thing. He is less ignorant now and more focused. He is more determined. He more sees his future now. Usually, he would be easily irritated, but he is more humble now and determined,” he said.

His son has since returned to his former school a changed person and has encouraged the school’s administrator to start an after-school barbering programme to benefit other students.

“Him settle down and he is more focused because I looked in his book and trust me, him a gwaan good now,” said the proud dad.

Tai Chun said the programme has highlighted the fact that intervention sought early can help children with behavioural issues.

“I think one of the critical things in working with stakeholders is that if they articulate that the programme is some sort of punishment or a place that you go as a last resort, the resentment will build,” she said.