‘I hate the media’ - Lucea mayor sounds off on local journalists 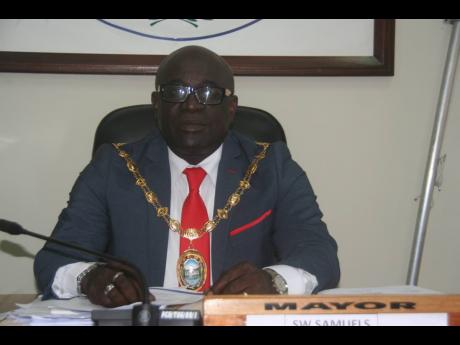 Declaring that there appears to be an agenda to make his administration look bad, Lucea Mayor Sheridan Samuels told yesterday’s sitting of the Hanover Municipal Corporation (HMC) that he hates the media.

Samuels, who was chairing the monthly meeting of the HMC, attacked recent media reports highlighting the dirty and unhealthy state of the parish, which was recently overwhelmed by a foul scent from drains that had faeces dumped into them from compromised drainage pipes.

Devon Brown, the councillor for the Hopewell division, who recently told The Gleaner that the HMC had received funding for drain cleaning and gave the mayor an ultimatum to start using the funds, intervened during the mayor’s rant and asked him why he was so bitter against the media.

Samuels went on to argue that some aspects of a recent Gleaner report about the dirty state of Lucea were inaccurate and he intimated that there was a plot to make the administration look bad.

“You must report and report correctly,” Samuels shouted, turning his glare on members of the media. “You have sent in an article the other day that I say that I spoke to the minister about cleaning the drains, and that was not correct, but I know why you behaving so, enuh, but I will not tell you now.”

In December 2017, the HMC banned members of the media from its Physical Planning, Environment and Development Committee meeting. However, their action was condemned by Local Government Minister Desmond McKenzie, who instructed that the ban be lifted immediately.

At a subsequent meeting of the committee, Samuels apologised for the ban, describing it as a misunderstanding.