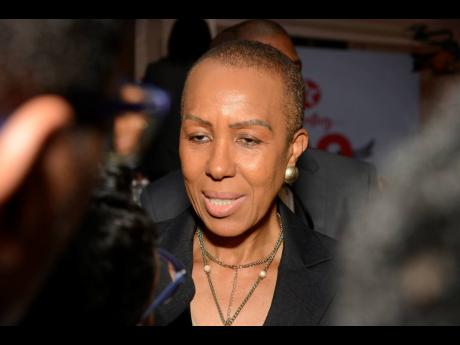 File Technology Minister Fayval Williams says the request would have to be considered on a country-by-country basis.

The Caribbean’s COVID-19-ravaged telecommunications industry is in need of “urgent” government bailout, amounting to millions of dollars, to prevent poor-quality service and higher prices for consumers, a powerful regional lobby group for firms like Digicel and FLOW has warned.

Jamaica, meanwhile, has confirmed that at least one telecoms provider here has submitted a request for the waiver of fees.

“It’s fair to say that those authorities that choose not to act will ultimately come to regret it,” said David Cox, the chairman of the Caribbean Association of National Operators (CANTO).

The Sunday Gleaner has obtained leaked documents CANTO submitted to CARICOM begging the regional institution to lobby Jamaica and other governments for assistance, pointing out that some operators have lost more than 60 per cent of revenues during the last three months as a result of the global pandemic.

CANTO, which represents 48 operators in 28 countries, has proposed a cut in licence fees by 50 per cent for three years retroactive to 2019; and that firms be allowed to reclaim debts governments owe from taxes and other fees.

The proposal was contained in a May 28 letter Cox wrote to CARICOM for consideration at the June 19 ICT-focused meeting of the Council for Trade and Economic Development (COTED).

Whether Jamaica owes debts to local telecoms and the amount, if so, is not clear.

The Nigel Clarke-run finance ministry has projected an $81-billion loss in revenues for the current 2020-2021 fiscal year because of the coronavirus.

While the new figures are not known, the Government had anticipated $1.16 billion in revenues from telecoms licence fees, which means that if Jamaica buys into CANTO’s proposal, the Government stands to lose over $600 million. The telephone tax is also expected to yield $2.5 billion.

The target, though, was unlikely, given the industry-wide impact, a point CANTO implied when it argued that without intervention, government targets were in jeopardy. In fact, it said some operators have been using cash reserves, a clear picture of COVID-19’s deep cut into business operations.

Approximately 70 per cent of all collections by telecoms operators in the Caribbean are direct cash transactions, CANTO said, and with lockdowns and the ensuing economic downturn, cash flows have almost dried up, posing a serious liquidity problem.

The regional executive said most operators have reported “incredible” increases in traffic to their networks – an ordinarily positive indicator – but without the accompanying financial inflows.

Firms reportedly incurred high costs to operate systems that would allow staff to work from home, also having had to abandon investment plans to reroute money for maintenance. Retail sales have also plummeted, with store closures, although virtual stores have grown.

Operators are also reportedly not disconnecting customers unable to pay their bills. And results from a survey of some global players suggest that payment delays from an average of 45 days to up to 90 or 120 days are now expected, the International Finance Centre, a World Bank institution, has reported.

Despite the cash-flow problems, telecoms dropped prices for students, zero-rated some websites, provided free services to government and healthcare workers, and now “the industry as a whole is unsure of how much it’s spent”, Cox said.

The shuttering of the tourism industries has been particularly hard, especially since limited travel reduces high-cost services such as roaming. “Several large customers – businesses like hotels – on whom telecoms traditionally depend to fund investments in services for regular customers have simply evaporated,” Cox told The Sunday Gleaner, emphasising that “the public’s ability to pay is at an all-time low”.

To recover, he said, governments want investments in networks to accelerate, but with the reduced revenues and limited cash flow, states will have to step out to prevent an “upheaval” in the telecoms industry.

“It is urgent that support be provided now,” said Cox, who is also head of regulatory affairs for Cable & Wireless Communications, which trades as FLOW. “It would be short-sighted to think that telecoms will take care of itself and that there is simply no need to intervene or help.”

He added, “The bald truth is that if policymakers do not support the telecoms industry, their larger objectives for their countries are unlikely to be achieved.”

The challenge for governments is that, even with complaints here about poor-quality service, the requests cannot be ignored.

The authorities have accepted that leading an effective response to the pandemic and reviving growth in service-based economies like Jamaica’s depend heavily on telecoms services such as broadband and mobile communications.

COTED has not given a public response since its meeting a week ago and Cox has refused to say whether it has got one, and if the lobby group was satisfied.

However, Fayval Williams, Jamaica’s technology minister, has disclosed to The Sunday Gleaner that COTED decided that CANTO’s request should be considered on a “country-by-country basis”, as a unified approach was not required.

She also confirmed that a local provider has requested that Spectrum Management Authority (SMA) waive spectrum and regulatory fees. The entity was not disclosed.

A spectrum pricing policy that will assess the current regime for licence fees is also being developed by the technology ministry and the SMA, a statement from the ministry said.

Asked whether the ministry is open to considering adjusting telecoms fees, Williams disclosed that during the “heights of the COVID-19 pandemic”, consideration was given to waiving spectrum licence and regulatory fees for the temporary assignment of additional spectrum to assist telecommunication providers.

Digicel, whose global headquarters is based in Jamaica, was battling a US$7-billion debt crisis before the onset of COVID-19, and international ratings agency Fitch has said the outlook is not very good.

Meanwhile, noting that it does not disclose ‘sensitive’ information like revenue loss, FLOW Jamaica said all areas of its business have been affected by the pandemic.

She also would not confirm whether FLOW has approached the Government for help. “This is sensitive information that we do not share externally. However, we continue to engage the Government in dialogue regarding the impact of COVID-19 on our business.”

Similar questions asked of Digicel Jamaica were not answered up to press time.

The Jamaican finance minister has also declined to comment on the issue.

The bite the telecommunications players are feeling is part of the devastating economic fallout that institutions like the World Bank and the International Monetary Fund have predicted for regional economies.

Jamaica’s economy is expected to contract by almost six per cent for this fiscal year alone, as employment and key earners like tourism slowly pick up.

What CANTO wants from governments

1. Partial or complete forgiveness or moratorium on all regulatory fees for 2020.

2. Temporary provision of additional spectrum at no cost for an agreed period, to support increased data usage. Such spectrum to be provided by way of an abbreviated approval process.

4. Access to the Universal Service Funds to support the socially displaced in obtaining telecommunications packages.

5. Relaxing or removing any net neutrality restrictions to allow operators to manage congestion and safeguard the security and integrity of their network. This is also crucial for permitting operators to zero-rate government and educational websites, among others.

6. Taking Government and regulatory interventions to require streaming platforms, such as Netflix and other similar streaming services, to move from High Definition (HD) to Standard Definition (SD), so that more capacity is available on the network for emergency services, persons working from home and homeschooling.

7. Directing regulatory authorities to place moratoriums on consultations, and in particular on any proceeding that may affect the financial position of any company.

8. Adopting moratoriums on reporting requirements and/or other regulatory obligations for the next six months.

9. Providing support and joining with the industry to disseminate public education programmes on responsible use of the Internet during national shutdowns or curfews.

10. Set-offs of government debt on taxes owed by operators.