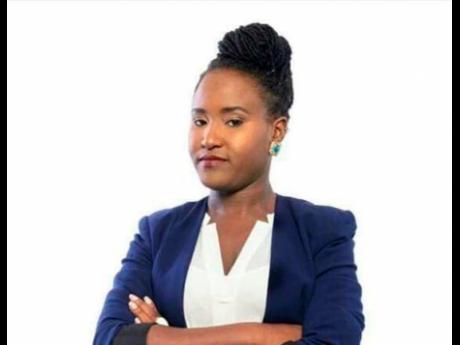 Parliament is amending legislation to ensure that a minimum of 30 per cent of either sex makes up the composition of government boards and bars politicians from serving on public boards.

Though the law is sex-neutral, it is expected to erode patriarchal traditions of male-dominant boards.

At present, there are 143 public bodies in the Government whose boards and management have under their control vast amounts of state resources. The Ministry of Finance and the Public Service estimates that the public bodies together administer approximately $450 billion per year.

Gender and women’s-rights activists have long bitterly complained about the disproportionate representation of women on some boards, arguing that structural and cultural factors contributed to the trend.

“The Government has heard and answered the call for greater and more transparent regulations for the process of board appointments given the implication for achieving good corporate governance,” Minister of Finance and the Public Service Dr Nigel Clarke told Parliament on Tuesday.

On the shift to put a floor on gender representation, Clarke said the move was in line with global best practices.

“This is not only consistent with global best practices, but also furthers our national goal of diversity and gender balance where we can create a society in which women and men have equal opportunities to contribute to national development,” the minister said.

Welfare and support services manager for Equality For All Foundation, Karen Lloyd, said that she welcomes the move, arguing that while having more women on boards would not, of itself, absolutely ensure quality representation, it would democratise access to leadership opportunities.

“I think it’s a step in the right direction. Gender diversity is important in public policy insofar as the experiences of men and women (and children) are often very different, and, consequently, our priorities often look different and require different strategies.

“Differing perspectives are important to ensure that the concerns of people from all avenues of life are taken into consideration,” Lloyd said.

The welfare and support services manager said that while the proposed changes to the Public Bodies Management and Accountability Act do not call for equal gender representation, she believes that the 30 per cent quota is a welcome reboot.

“There might be less pushback from those who are critical of quotas. And beyond that, I think the minimum-number stipulation will be a natural motivator for women to offer their skills and expertise for public good through leadership roles,” Lloyd said.

The minister mentioned that a database of prospective appointees would be set up in his ministry from which appointments would be made.

Clarke said that amended regulations would now allow for persons to apply to be on public boards.

“Such an opportunity never previously existed and ought to be hailed as a forward and progressive step in the right direction, giving Jamaicans an opportunity to have a stake in their country’s own development,” the minister said.

Members of parliament, councillors, bankrupt and mentally ill individuals are excluded from being considered to be board appointees for public bodies.

“In respect of Regulation 9 subsection 2(a), which now provides that members of the House of Representatives would not be eligible for inclusion in the database, this is an important provision to ensuring, amongst other things, a limitation of members of the political directorate of boards of public bodies.

“[It] does mean that after your term of service, you can’t serve, but what we are saying if you are in the political directorate, that is not the time for you to also serve on the board of a public body,” said Clarke.

The amendments are to take effect four months after being published in the Gazette, a more flexible date than the previous February 2020 date, which had been set at the time of the December 2019 review.