Just what the doctor ordered - Isaac accepted to med school 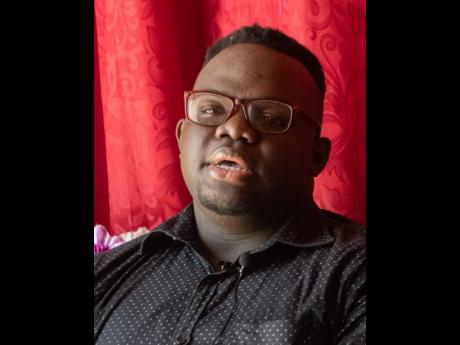 There has been a turnaround in the stories of Isaac Dunkley and Esther Thomas, whose applications for the Bachelor of Medicine, Bachelor of Surgery (MBBS) programme at The University of the West Indies (UWI), Mona, were rejected.

Since publication of his heartfelt plea in The Gleaner on Monday, Isaac has been accepted in the programme, while Esther has gone back to the drawing board.

When contacted on Tuesday, Isaac was relieved that he was finally accepted to pursue the MBBS degree.

“I’ve always wanted to do UWI Med, and seeing that I’ve finally been accepted, I am happy,” he said.

“I realised that I wanted to become a doctor from a very young age, and that dream has solidified over the years through my love for helping people and my love for the sciences.”

The Campion College alumnus shared that he has received funding since Monday’s publication but declined to disclose the source or amount.

His mother, Irishteen Dunkley, was elated about the turn of events.

“I was just sitting down here thanking God for making me live to see him start out school as a student doctor and I said, ‘Father God, just help me to see him graduate and become the doctor,” Dunkley told The Gleaner.

Meanwhile, Esther, who had earlier opted to take up studies in the Faculty of Science and Technology, has since deregistered her courses.

She told The Gleaner that she was willing to pursue every option possible to realise her dream of becoming a paediatric surgeon.

The Immaculate Conception High alumna has started a GoFundMe account to finance her way into medical school for the 2021-2022 academic year.

The account ( https://www.gofundme.com/f/brilliant-student-seeks-assistance-with-tuition) was launched on Tuesday and she has received two donations amounting to US$130 of her US$20,000 goal.

“I’m open to every opportunity both locally and abroad - premedical or medical school,” Esther said.