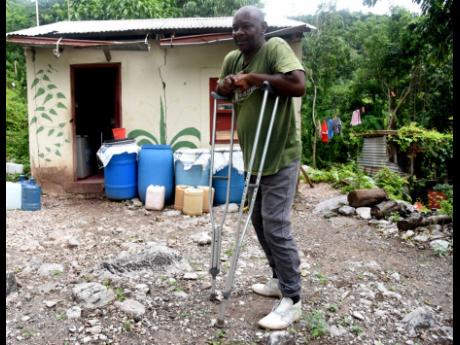 Kenyon Hemans/Photographer
Bito resident Wayne Hibbert Says although being marooned poses a challenge for residents of the St Andrew community, it gives them reprieve from praedial thieves. 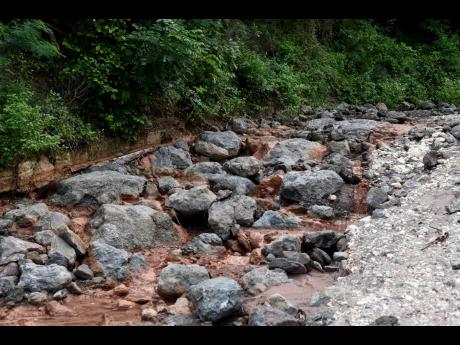 Kenyon Hemans/Photographer
The main road to Bito and Bloxburgh in St Andrew East Rural has been destroyed. Both communities, which are home to a handful of residents, are now marooned. Residents have resorted to walking an estimated 2.5 miles to Cane River to get a taxi to get to Bull Bay to go about their business. 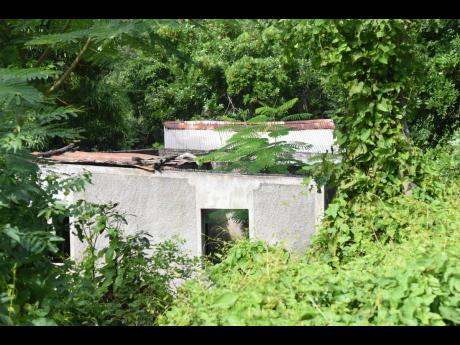 Kenyon Hemans/Photographer
Many residents of Bito, St Andrew East Rural, have abandoned their homes and moved out of the community because of bad road conditions and unemployment. Around 20 people now live in the community.
1
2
3

Rain clouds bring trepidation for many residents in St Andrew East Rural. But in the community of Bito, where they stand the risk of being marooned for days at a time, torrential rains bring a sense of calm, cooling their anxiety as praedial larcenists are unable to target them.

The community that was once home to more than 100 people sits still and silent in the hills, now home to roughly 20 residents.

Some residents have left the area in search of better opportunities, while some have been relocated because of gypsum mining.

While both entryways can be blocked during heavy rainfall, the route through Gypsy, journeying from Ten Miles, is more frequently rendered impassable by flooding than the Cane River route as a result of landslides and water-damaged roads.

Forty-five-year-old Wayne Hibbert has been suffering from septic arthritis for 30 years, but remains happy and at peace alone in the hills.

“Up here so nice and alright, and you don’t have nobody fi bother you,” he said.

Depends on his relatives

The disabled man, who lives alone, depends on his relatives who once lived there to bring him food and get him to the doctor for appointments.

The Bito residents consider themselves lucky to see a different side of the Chalky River, which has heaped torment on residents of Weise Road over the past few weeks. While it causes mass destruction lower down in Nine Miles, Bull Bay, residents of Bito enjoy the heavy stream.

Hibbert said that the area above his gate, where the river gushes across the main road, is his favourite spot for early-morning showers.

He said that despite the inconvenience of being marooned at times, residents were happy that thieves could not enter the community to prey mainly on their goats.

Though the community has no children and receives electricity periodically, the two residents who The Gleaner was able to catch up with said they bask in the solace.

Eden Malcolm never gets tired of trekking 2.5 miles two to three times per week to get food and other necessary items.

The 71-year-old man remains optimistic that abandoned houses will one day be bustling with life again, and the community enveloped in the lush vegetation of the mountains will eventually be developed.

Bloxbourgh, a community some distance away, remains marooned two weeks after the inclement weather.

An elderly woman reportedly died of a stroke because she was unable to get urgent medical care because of the blocked roads. The residents have also been in anguish, unable to receive care packages that have been prepared for them.