Haughton rips PNP, JLP for selling out to Big Business 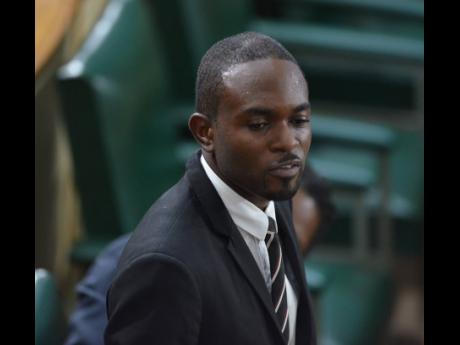 Former Opposition Senator Dr Andre Haughton has lashed out at both the People’s National Party (PNP) and the ruling Jamaica Labour Party (JLP), claiming that they have conspired to work against the interests of ordinary citizens.

Haughton, regaining his voice after he was effectively censured by the PNP after contradicting then President Dr Peter Phillips, charged that the major political parties were being lobbied heavily by Big Business at the expense of the masses.

The university economics lecturer pushed for a reduction of taxes on fuel, arguing that Phillips’ proposal for a cut in general consumption tax would not have cumulative effect for the majority of Jamaicans.

“The two party agree because there comes benefit to them because people who a whisper in a dem ears a seh that (lower GCT).

“... The average man and the small business who going to benefit from the fall inna gas tax can’t get them ears to tell them,” said a visibly frustrated Haughton, describing the underbelly of Jamaican politics as “a wicked ting”.

Haughton was on a video-conference call with an overseas talk-show host.

Haughton revealed that he got a rude awakening when he entered politics with the hope of using his university knowledge to promote economic policies that he said would have been in the interest of Jamaicans.

The lecturer said that his philosophy was often sidelined because it did not align with party financiers’.

He said when he entered politics, he was being sabotaged by those in his own party who had given him the impression that they would support his candidacy.

“A so me plan, a so the people dem a tear up me plan. Dem dash it weh ... have dem own agenda,” Haughton stated, admitting that he was naïve about politics.

Referencing high import duties on products that Jamaica does not manufacture, as well as lopsided economic policies, Haughton stated that “no part of Jamaican politics nuh rational”.

Seemingly giving approval to former President Donald Trump’s economic policies, Haughton argued that the controversy-seeking ex-occupant of the White House looked out for the interests of the United States. He praised Trump’s campaign that sought to woo foreign-based businesses back to the United States whether by dangling a carrot or threatening to club dissenters.

“Trump tek back America business dem wah China did have ... Trump come give back jobs to American people. As simple and fool-fool as you hear people a talk ‘bout Trump,” the university lecturer said, labelling the ex-president a “pan-Americanist”.