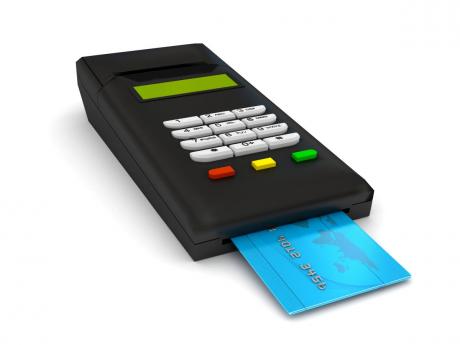 File
Credit card debt has been one of the factors driving bankruptcy filings.

Fifteen businesses and individuals filed for bankruptcy since the onset of the coronavirus pandemic last March, with runaway credit-card arrears and financial illiteracy cited as overwhelming factors for personal debt through to the end of 2020....

Fifteen businesses and individuals filed for bankruptcy since the onset of the coronavirus pandemic last March, with runaway credit-card arrears and financial illiteracy cited as overwhelming factors for personal debt through to the end of 2020.

Among the filings were two companies and 13 individuals, with the largest debt reported at approximately $78 million. The average amount filed by individuals was about $4.5 million.

The disclosures were made by the The Office of the Supervisor of Insolvency (OSI), a department under the Ministry of Industry, Investment and Commerce that is the licensing authority for practitioners to supervise the administration of insolvent estates and to ensure that trustees act in compliance with the Insolvency Act.

The fallout was likely heavily impacted by the economic collapse caused by containment measures imposed to rein in the spread of the virus, which, by Saturday, had infected 15,653 people locally and killed 350.

Jamaican businesses were hit hard by the downturn in consumption, with curfews, work-from-home arrangements, and barriers to international travel gutting both the manufacturing and service industries.

Unemployment rose in October 2020 to 10.7 per cent, almost double the rate of 7.2 per cent for the corresponding period a year earlier, data from the Statistical Institute of Jamaica show.

But the appetite for bankruptcy filings may have been tempered by the J$10-billion COVID-19 government bailout, as well as moratoria on loans implemented by numerous state and private-sector institutions, aimed at forestalling acute financial strain for households and businesses.

In an email response to questions posed by The Gleaner, the OSI noted that for the first six months of the pandemic, March to August, the appointment of trustees was suspended.

Total bankruptcy filings for last year trail the 2019 and 2018 figures, when 24 and 37 filings were made, respectively.

The medium-enterprise businesses that filed for bankruptcy are part of the marketing and advertising sector. Their average filing was approximately $75.5 million.

Financial illiteracy and inappropriate use of credit were the primary reasons for bankruptcy filings among individuals.

“Persons continuously borrow to satisfy reasonable personal expenses, in other words, to supplement their salaries. Over time, monthly loan payments alone average 65 per cent of income, making it impossible for them to pay other monthly obligations as they become due,” the OSI said.

PROCESS OF FILING for BANKRUPTCY

To initiate bankruptcy filings, a trustee must consent to act and insolvents must owe a minimum of $300,000 and either reside, own property, or have a business in Jamaica and be unable to pay debts as they become due.

The court and supervisor may appoint the government trustee in the event no licensed trustee consented.

Another method of insolvency the act provides is proposals.

This allows insolvents (individuals and corporations) and imminent insolvents, which are persons or businesses that foresee that they may become insolvent within 12 months, to come to an agreement with their creditors to reorganise their financial affairs.

In 2020, two companies and one individual utilised this method.

In cases where applicants are not insolvent or for whom bankruptcy is not recommended, the informal proposal regime is utilised.

This approach, developed in 2017, remains an effective resolution as creditors and debtors arrive at binding agreements.

Sixteen such proposals were made in 2020, five short of the total number of proposals issued since its introduction.

The OSI is encouraging Jamaicans to take corrective steps before it is too late.

“It continues to be the case that insolvent persons seek assistance only after they have tried everything and failed,” the OSI said.

“... This is the time to utilise the provisions of the regime to come to amicable agreements to reorganise, restructure, and allow viable companies to continue to operate.”

The department added that in the event bankruptcy is the only option, it should not be viewed as a “death sentence”.

“It is for honest but unfortunate persons to pay their debts in a systematic way, satisfy creditors, be unburdened by debt and get a fresh start,” the OSI highlighted.

Importantly, the regime aims to rehabilitate individuals by providing mandatory financial counselling, aimed at providing them with the necessary tools to avoid pitfalls.

Dr Peter-John Gordon, lecturer in the Department of Economics at The University of the West Indies, Mona, said that some sectors of the economy have been disproportionally affected, with the tourism, entertainment, and restaurant industries taking “a hard hit now”.

He said it is not surprising that the two companies that filed for bankruptcy are part of the marketing and advertising sector.

“The services sector is likely to be more affected. For instance, if there aren’t as much live music shows, plays, or that kind of entertainment that would use up a lot of advertising services,” Gordon told The Gleaner.

The economist cautioned that it was difficult to forecast what bankruptcy filings could look like at the end of 2021 for a number of reasons.

“Bankruptcy will be a function of how long the downturn lasts, and that’s anybody’s guess at the moment.

“We are hoping that towards the end of the year, things will start to get better, but that’s a function of how well the vaccination process goes and whether or not the virus mutates into other things,” said Gordon.