We want our own health centre, Cassava Piece cries 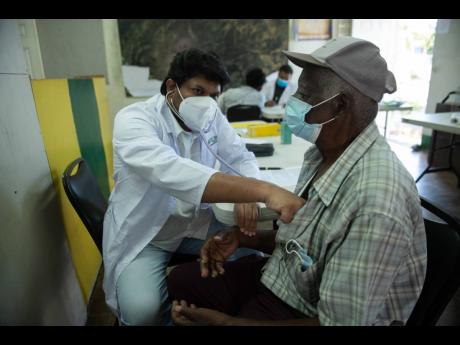 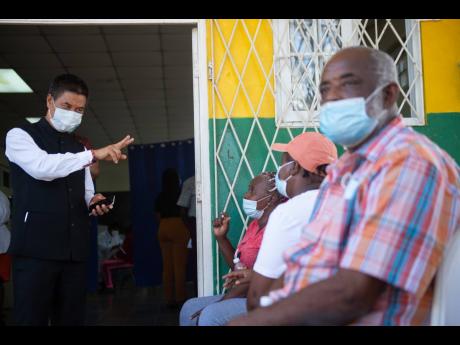 The doors of a former health centre in Cassava Piece, St Andrew, were opened on Sunday to host a medical camp, activating calls from residents for the facility to be reinstated.

Camps sponsored by the Indian High Commission were held across eight parishes in recognition of the 72nd Republic Day of India, which was celebrated on January 26.

India’s high commissioner to Jamaica, Masakui Rungsung, disclosed that two camps in Manchester were postponed because of the surge in COVID-19 cases.

Rungsung is hopeful that the events will be held annually and that two series of interventions can be organised.

“Come 2022, we might have two camps – one leading up to Republic Day and the other one on the 15th of August, which is our 75th Independence Day,” Rungsung said.

In 1988, the Cassava Piece Health Centre was among the more than half, or 55 per cent, of Jamaica’s 377 health centres that were severely damaged by Hurricane Gilbert.

It was left vacant for many years before it was renovated and opened as a library in 2011 by the German Embassy.

Within the first hour of the medical camp’s opening on Sunday, more than 55 persons had registered to be seen by doctors.

Among those seeking care was 47-year-old Patricia Percell, who was informed about the initiative by her councillor.

“I really appreciate it ‘cause I spoke with the doctor for a good time. I had high blood pressure and I didn’t know,” said Percell, who also carried her daughter along for a check-up.

“He explained that if I take my medication on time, the blurry eyes will go away.”

The mother and daughter are asthmatic and have been fearful about seeking medical attention since the onset of COVID-19 in March 2020.

They normally have to travel to the nearby Edna Manley Health Centre in Grants Pen, but must reach by 6 a.m. to avoid battling long lines and even longer waits. That source of frustration – sometimes waits last as long as five hours – often turns off poor folk from seeking free healthcare.

“The turnout today shows that the clinic can open. We would really appreciate it if they open it for us,” Percell appealed.

Cassava Piece is a sprawling inner city, a hodgepodge of well-built one- or two-storey homes and dilapidated hovels spanning gully banks and a narrow, winding road leading to well-heeled suburbs.

The community is troubled by sporadic violence and suffers a dearth of good infrastructure, such as roads and garbage disposal.

Councillor of the Norbrook division, Susan Senior, told The Gleaner that the lobby for a health centre is a common cry of residents every time she visits.

“We would want to take a different approach in terms of public education, so a health centre is very important to have in this area,” Senior said on Sunday.

Julius Roy was grateful for what he described as exceptional service at the medical camp and was surprised that he got to see the doctor before 10 o’clock. Roy, who has a bad leg, received medication and a referral to have an X-ray done.

Another resident, John Webb, has had to seek medical attention at a private facility to avoid crowding at the Grants Pen health centre. A diabetic, he, too, said that Cassava Piece was needful of its own public healthcare facility.

“It is very important for us to get back a clinic, because we have to get up some early hours in the morning, and some people don’t have bus fare, so they have to walk,” Webb said.