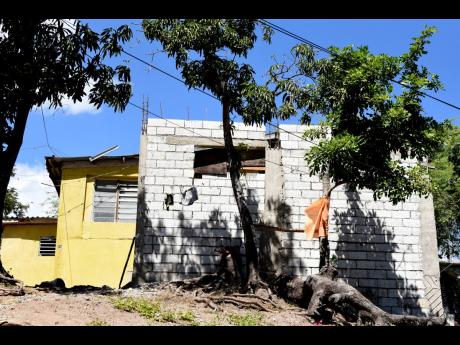 Kenyon Hemans/Photographer
The home where the late 33-year-old Desmond McGregor was attacked recently. McGregor was found suffering with gunshot wounds. 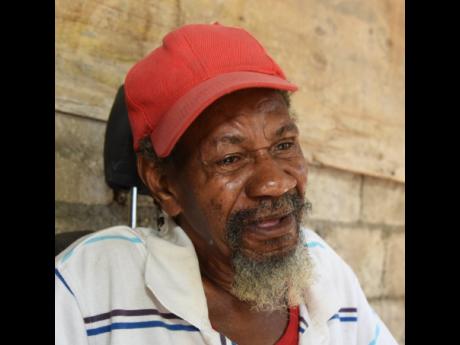 Kenyon Hemans/Photographer
Edmond Campbell is overcome with grief as he recalls how he heard about the death of 51-year-old Winston McKenzie, his nephew. McKenzie was shot and killed on January 29 in Bull Bay, St Andrew. 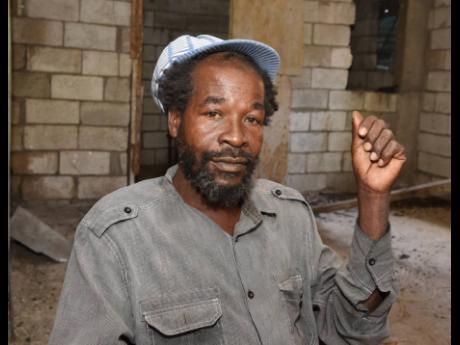 Kenyon Hemans/Photographer
Lenworth McKenzie said that he is still struggling to come to terms with his brother’s murder.
1
2
3

The murder of 51-year-old farmer Wilton ‘Choley’ McKenzie has left his family reeling from agony and confusion.

On January 29, McKenzie stopped on his bicycle to speak with a coconut vendor in the vicinity of Beach Road, Bull Bay, about 1 p.m. when two men alighted from a white car, one armed with a rifle and the other a handgun.

They opened fire, hitting him multiple times in the head and upper body.

McKenzie is one of 12 persons killed in the East Kingston Police Division up to February 9 - the same number of deaths recorded for the corresponding period in 2020. Shootings have held steady as well, with eight tallied for the period in both years.

But a cop at the Bull Bay Police Station, who spoke on condition of anonymity because he was not authorised to speak to the press, said there were concerns about violence in the area. He revealed that there have been several shootings and flare-ups since the January 29 incident, even up to Tuesday night.

In the Pleasant View community of Eight Miles, Bull Bay, McKenzie’s uncle broke down at the mention of his nephew’s name on Wednesday.

He shared that his nephew’s death was a heavy burden to carry.

“We all grow together. I’m mourning,” he said, before bursting into tears again.

Lenworth McKenzie stated that he was still struggling to come to terms with his brother’s murder.

“It’s just unbelievable. I miss him. He avoided problems, and everybody knows him for that,” the brother said.

McKenzie’s common-law-wife of five years told The Gleaner that he had no children but took on her three sons as his own.

She got the news of his death while she was about to wash her son’s hair and was told by the police that McKenzie, who cultivated bananas, plantains, and sweet potatoes, was at the wrong place at the wrong time.

Her sons have not been coping well, and she has sent them away to stay with her sister.

McKenzie’s death has been devastating, a cousin said, reflecting on the love the deceased often showered on the family.

“Him nuh business wid people business ‘cause him have fi him own fi deal wid. Is a man weh work from January to December and him nuh have nuh time fi mix wid other people,” the cousin said of Wilton.

On the same day McKenzie was murdered, 33-year-old Desmond ‘Tillyman’ McGregor was killed at his home on Claremont Road, Bull Bay, about 3:30 a.m.

According to police reports, a family member heard an unusual sound, suggesting that there was forced entry to the room, followed by a commotion and the sound of gunfire.

Eleven spent casings and five damaged rounds were retrieved from the scene.