Clarendon community still picking up the pieces a year later 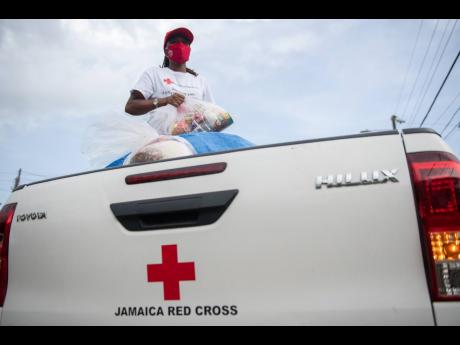 File
A welfare worker prepares to distribute supplies to residents of Sandy Bay, Clarendon, on August 6, 2020, during a 14-day coronavirus lockdown. 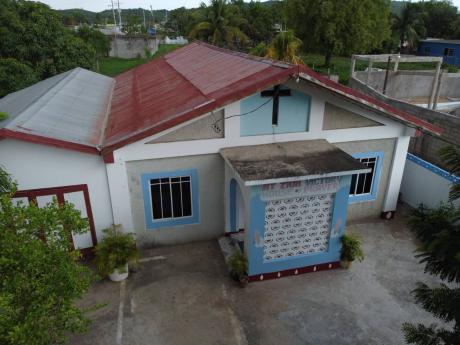 File
The Mt Zion Victory House of Prayer church in Sandy Bay was fingered as a source of coronavirus spread in the summer of 2020.
1
2

Seven months after a coronavirus quarantine was imposed on Sandy Bay, residents of the southeast Clarendon community say they are still haunted by memories of the stigma. That has been one of the grim undercurrents of COVID-19, the disease that was...

Seven months after a coronavirus quarantine was imposed on Sandy Bay, residents of the southeast Clarendon community say they are still haunted by memories of the stigma.

That has been one of the grim undercurrents of COVID-19, the disease that was first recorded in Jamaica on March 10. Every day since then has been dominated by the virus’ reach.

Lisa Grant, who lives in Sandy Bay, said that many people, initially, were stricken with fear about a disease that the medical community was still grappling to understand. For rural folk, uncertainty was currency that had rich purchase in the COVID-19 era.

“It paint an ugly picture on us, because you go out and people discriminate ‘gainst you because you in a community that has COVID, so you really nuh want to tell people where you from,” she told The Gleaner.

“It break down our self-esteem yes, but we’re going on ... trying to pick up back the pieces.”

That narrative became a refrain across Jamaica throughout 2020, as there were numerous anecdotal accounts of arson threats and other instances of victimisation.

Grant, who operates a restaurant in Sandy Bay, said that COVID-19 containment measures have had a crippling effect on her livelihood.

She once hired four persons to assist in her operation but had to lay off two as business tanked. The August lockdown represented the heights of the crisis.

Those lay-offs were part of a snowball of job losses that pummelled businesses large and small. Approximately 135,000 Jamaicans lost jobs in the haemorrhage.

“We didn’t believe it would still be here; we think it would dissipate by now,” said Grant.

Sandy Bay was the second community in the central Jamaica parish to be placed under quarantine. The first was Corn Piece Settlement. That district was placed under lockdown on March 19, a day after Jamaica’s first COVID-19 death was tied to the community.

Corn Piece also had its battle with stigma and discrimination.

In an interview with The Gleaner last August, she said that the lockdown resulted in the spoilage of goods.

Since then, she said things have changed - but for the worse.

“Everything stan’ up jam ... . Nobody not working, nobody have money to spend at shop ‘cause people laid off from their work,” she said on Monday.

According to Hamilton, some laid-off residents have tapped their entrepreneurial talent, providing brisk competition for traditional enterprises and causing their revenues to dwindle even further.

She remembers well how Sandy Bay residents were scorned like the plague.

“In the first part, taxis and private cars a pass and people a point that we have COVID. When you go May Pen, some people say, ‘Don’t come near me, you’re from Sandy Bay and you have COVID’,” said Hamilton.

The Mount Zion Victory House of Prayer was said to be the epicentre of the virus spread last summer, with churchgoers reportedly flouting safety protocols like wearing face masks and observing physical distancing under the Disaster Risk Management Act.

The church reportedly hosted a crusade from July 26-August 2.

A teenager who had been interviewed at her Sandy Bay home last August revealed that she and members of her household had tested positive for the virus. Her mother, a member of the church, refuted the diagnosis when she spoke with The Gleaner on Monday. Her account appears to indicate that she was asymptomatic – a state that has caused some infected persons to view the virus with suspicion.

“I didn’t feel any sickness or anything like that. They just said I had COVID, but I wasn’t bed-paralysed or nothing,” she fumed.

Dr Kimberly Scarlett-Campbell, the parish’s medical officer of health, said that COVID-19 cases have been recorded in most Clarendon communities. Disaggregated data will be shared at Thursday’s monthly board of health meeting.