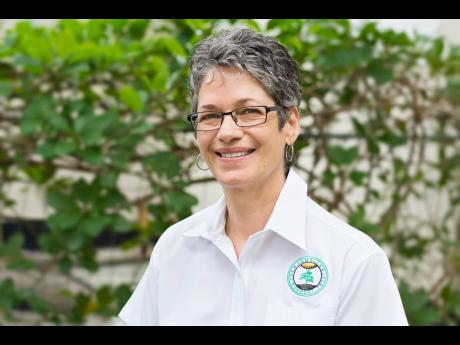 File
Diana McCaulay: "One of the things the performance bond does is show that you have the financial capability to carry out the project.”

The National Environment and Planning Agency (NEPA) is yet to indicate whether it will revoke the permit violated by Bengal Development Company, the entity that wants to mine limestone in the ecologically sensitive Dry Harbour Mountains on the country’s northern coast.

Eyes are also on Prime Minister Andrew Holness following his November declaration that he would “shut down” the project, which promises $635 million over 20 years, if the permit is breached.

News came on Tuesday that the St Lucia-registered company failed to pay the required $40-million performance bond by the March 21 deadline and was denied a request for a further extension.

“Bengal Development Limited/Jamaica World is, therefore, in breach of the permit condition,” said NEPA, the administrator of the Natural Resources Conservation Authority (NRCA) whose decision was ratified at a board meeting on Tuesday.

The bond, which would cover any major environmental damage, was originally due for payment on January 17, based on the terms of an amended permit granted in December

But the NRCA granted a 60-day extension up to March 21.

Questions sent to NEPA on what actions it will take were not answered up to press time Tuesday evening, while the new chairman of the NRCA, Weldon Maddan, declined to speak on the matter.

NEPA Chief Executive Officer Peter Knight told a parliamentary committee in January that a permit could be suspended or revoked if its terms were breached.

The NRCA’s decision has all but upended Bengal’s chances of getting a quarry licence from the Robert Montague-led mining ministry.

The requirements to quarry include possessing an environmental permit although, ultimately, the decision on whether to recommend is up to the Kevin Ingram-chaired Quarries Advisory Committee, said Roy Nicholson, the commissioner of mines.

“The application is still being processed. We’re at the point, now, where we will go the Quarries Advisory Committee,” said Nicholson, who added that the process has been slow because the committee wanted more internal information on the proposed mining.

“There are a lot of things surrounding the quarry. The committee has to ensure that all the due diligence processes are done.”

The reasons for the two extension requests have not been made public, but The Gleaner has obtained a February 1 letter Knight sent to Parliament’s Public Administration and Appropriations Committee in which it appears Bengal wanted time to secure the mining permit first.

“We feel it is only fair to allow Bengal Development to post the bond well in advance of operation, however, within reasonable time of receiving the quarry licence to actually commence operation,” said Knight, quoting from Bengal’s request for the first extension in January.

It is difficult to ask a company to pay down so much money for a bond and incur interest charges before they get guarantees that they will be allowed to mine, a source in the mining ministry said.

“Remember that the mining permit will also ask Bengal to pay over another bond. The system needs to be fair to investors,” added the official, who did not want to be named on account of not being authorised to speak publicly on the issue.

For Diana McCaulay, a director of the Jamaica Environment Trust, one of the loudest voices against mining in the Dry Harbour Mountains, that is not a “sensible” position.

“That, to me, is just an argument for not having the permit,” she told The Gleaner.

“Performance bonds are provided by insurance companies and banks. If you need a performance bond for road construction, or whatever, those are the normal situations. One of the things the performance bond does is show that you have the financial capability to carry out the project.”

The Opposition People's National Party said the Government should revoke the permit because Bengal has "established their inability to comply with a critical condition," which, it says, "begs the question whether this is how they will execute the full terms of the permit".

"The failure to meet the two deadlines provided does not show good faith and a Government with the people at the centre of its policies has no choice but to revoke the permit," argued Senator Sophia Frazer-Binns, spokeswoman on environment.

Bengal would have known about the bond requirement from at least November 5, 2020, when the original permit was issued.

In addition to NEPA’s bond, Bengal would also have to pay a similar one to the mining ministry, which, according to official documents, is calculated at $2.87 million per hectare, or $790,000 per acre.

Based on a phased basis, Bengal would be required to pay approximately $29 million for the 37 acres it plans to quarry first.

Holness has faced strong criticism for using his legal powers as economic growth and job creation minister, with authority over the NRCA, to overrule the authority’s May 2020 decision not to grant the permit following an appeal by Bengal.

Bengal, a subsidiary of the Florida-based Jamaica World LLC, wants to mine 35 million tonnes of limestone from 123 acres of a 569-acre property not zoned for quarrying and with endemic and endangered species.

Several residents are suing the Government over the decision to permit mining, claiming breaches of their constitutional rights.

Bengal is yet to respond to questions submitted by this newspaper.