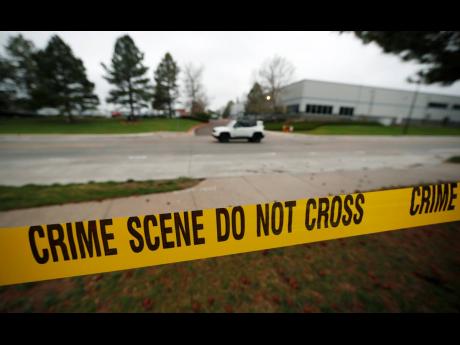 Since 2018, Mark Stewart’s* life centred around a gang of four letters: PAIN.

Since being shot six times in February of that year, it has pained him to talk, walk, eat; and now, three years later, to accept the life of heavy dependency he now leads.

The latter hurts the most, especially at nights when the security guard’s gratitude for life clashes with depleted savings, medical uncertainty and his reliance on stomach-eating painkillers.

And this is after several surgeries on his bullet-mangled abdomen and legs, and months sprawled on his back in a hospital bed with his right leg strapped to weights to help it mend.

He is now 31, and in a couple months, Stewart must undergo another surgery to remove a metal pin and a bullet still lodged above his right knee. He dreads what is to come physically and financially. In both regards, he is drained.

“One position. Two and a half months on my back. It’s either me sit up or me lay down. No other position,” recounted Stewart, of his Savanna-la-Mar Hospital stay in 2018. “They have an iron drill through me right foot and then tie the weights to pull it and try set it back in place. Because of that, I couldn’t turn.”

“It was agony! For anybody under that restriction, it would be agony,” Stewart lamented, praising medical staff who tried to ease his discomfort.

As he waited, countless scheduled operations for his damaged intestines were pushed back in favour of more urgent matters – in summary: other gunshot victims, major car accidents, and at times when the anaesthesia and other surgical machines broke down at the hospital.

“From the incident till now, it has been one of the worse things in my life. How I could work before, I can’t work like that again. Every day I go to work, the amount of pain I’m in ... . Even now I’m talking to you, the pain is unbearable,” he told The Sunday Gleaner last week.

“Me knee not good. The iron in my foot, they want to take it out and put in a ring iron to stabilise my knee, and the gunshot have to come out same time, too,” he moaned. “It is not a go ‘round thing; day in, day out is pain. There’s not a night me go work or lay down in my bed that is not pain.”

Stewart said that at one point, he ditched the cocktail of painkillers, fearing that constantly consuming them could harm his liver or kidneys.

“I live with a woman, and honestly before the incident till now, is she that has been by my side, up and down. Most times is she help out. Is she I rely on,” he continued, noting that his workplace, for the most part, has been keeping him on as a courtesy.

Exactly what ensued that prompted two plain-clothes officers to pull their guns and fire on the security guard, allegedly with ID and firearm permit on his person, is still before the courts awaiting adjudication.

Stewart, however, is bent on getting justice with the help of sleuths from the Independent Commission of Investigations handling the matter.

Full recovery of his leg would bring welcome relief while he waits, however. At least he would be able to better work and save money after not being employed for more than a year after the shooting. His abdomen has healed well, however. And so, too, has a gunshot would to his elbow. But not his pockets.

Hospital treatment was free, but so far, Stewart said he has spent hundreds of thousands of dollars on medication and for doctor and therapy visits. He has also had to purchase the metal pin for his foot, a ripple mattress, and crutches after his release from hospital. The pin was for $80,000, he said.

Before the incident, he said he was earning some $50,000 fortnightly at the Savanna-la-Mar location, now he barely pulls that down each month. His heart is willing to go back to those days, but “me foot don’t allow me to go so hard”.

At his lowest, however, Stewart reflects on being alive. In the years he has been struggling to recuperate, he has lost several friends to gun violence – one of whom was also shot several times but did not make it.

“Him get shot in him head, all about, and was in hospital for about a month till him start talk and call and tell everybody him soon come out, everything alright. Little bit after that, we hear seh him dead.”