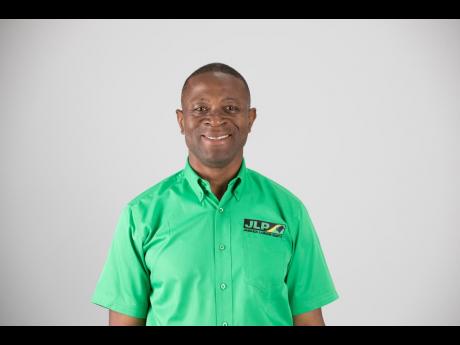 Despite the police closing the assault case involving Westmoreland Central Member of Parliament (MP) George Wright, his political future weighs in the balance as the ruling Jamaica Labour Party’s (JLP) Disciplinary Committee prepares to review the matter, The Gleaner understands.

Public outrage forced the JLP to isolate Wright in a whirlwind week that plunged the first-time MP into the cross hairs of criticism over a viral video in which a woman was beaten with fists and a stool.

But the criminal probe crumbled on Friday after the police revealed that the woman believed to be at the centre of a physical assault, allegedly involving Wright, was not cooperating.

The woman, Tannisha Singh, was interviewed in the presence of her attorneys on Thursday.

The Jamaica Constabulary Force (JCF) said the video evidence could not stand on its own either.

“The poor quality of the footage and the unwillingness of persons at the location to cooperate with our investigations made it impossible to conclusively identify the persons captured in the video. However, even if the footage was of the highest quality, the police would not have been able to mount a case that met the basic evidentiary standard without the cooperation of the parties involved,” the JCF said in a press statement issued on Friday.

Wright’s attorney Abel-Don Foote said the MP was pleased with the outcome so far.

“George Wright is happy about the degree of closure in this matter,” Foote told The Gleaner on Friday.

The JLP referred to Wright on Friday as an independent MP, but the authenticity of that designation was not immediately clear because there was no indication that the representative had quit the party or been forced out.

A long-time JLP member, who requested anonymity because a gag order has been imposed by the leadership, theorised that the party has to expel Wright.

“Any member of the party who, having been elected a member of parliament or councillor, shall either cross the floor or sit as an independent, shall be liable to summary expulsion from the party,” Rule 36 (3) of the JLP’s constitution states.

Deputy leader of government business in the House of Representatives, Olivia Grange, and Dr Horace Chang, party general secretary, have been designated official spokespersons on the Wright saga.

Calls to both Chang and Grange went unanswered on Friday.

Chang advised the government MPs on Friday that the requisite organs of the party would promptly meet to discuss Wright’s membership in the JLP and to determine the next step.

Expulsion from the JLP and ostracism from the parliamentary caucus could paralyse Wright politically.

Wright was one of the surprise winners in the September 2020 general election in a decades-old People’s National Party stronghold.

Before being elected, Wright was a councillor for the Petersfield division in the constituency he now represents.

The JLP said on Friday that Wright was being encouraged to apply for leave from Parliament until he clears his name.

However, with no pending case against him, it is unclear whether a leave of absence from Parliament is still in order and whether cogent reasons can be advanced.

The Jamaica Accountability Meter Portal is pushing for Parliament to pass impeachment laws to provide an avenue for MPs to be removed.

Current constitutional provisions only allow for an MP to resign if guided by conscience or if voted out of office by constituents.

“The allegations against MP George Wright, and the public call for his removal, reinforce the need for the passage of impeachment legislation. This process would hold parliamentarians to account for actions that render them unfit to hold public office or actions that bring Jamaica or its Parliament into disrepute,” Jeanette Calder, executive director of JAMP, said in a statement yesterday.

The Private Sector Organisation of Jamaica (PSOJ) urged Wright to confirm or deny the allegations while the Jamaica Chamber of Commerce called for tougher legislation.

“This matter cannot be allowed to be swept under the carpet. Our women and vulnerable population must be reassured that there is a collective abhorrence of violence in all forms and that we are genuine in our efforts to rid our nation of this social ill,” the PSOJ said on Friday.