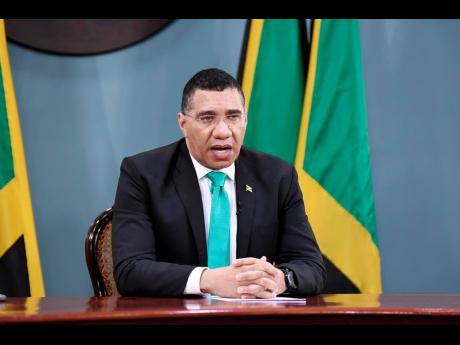 Antigua and Barbuda Prime Minister Gaston Browne told G-20 leaders that the 44-member Alliance of Small Island States contributed around 1.5 per cent of greenhouse emissions from industrial activity but suffered the worst from its effects.

“The harmful effects of climate change are growing, and the cost of mitigation and recovery is being counted in human lives and livelihoods,” said Browne.

The Eastern Caribbean leader said that the COVID-19 pandemic had compounded the crisis for tourism-dependent countries.

“We are literally teetering on the edge of despair. Over the years, the debt of small states has risen to unsustainable levels because of repeated borrowings to rebuild and recover from continuous debilitation of natural disasters arising from climate change,” Browne stressed.

The debt-relief measures for which Browne is lobbying include cancellation, suspension, rescheduling, and restructuring.

He warned that to stem migration, priority must be placed on saving the livelihoods of people in countries hit hardest by the effects of climate change.

Jamaican Prime Minister Andrew Holness, the other Caribbean leader participating in the summit, said that governments were now forced to walk a tightrope between pandemic and climate crises.

Holness urged larger countries to put up more money on the US$100 billion per year to support climate action in developing states.

“It is critical that this commitment not only be honoured but that the ambition be increased, and major emitters should contribute more to its financing,” Holness asserted.

The Jamaican prime minister also took issue with the level of access countries have to the fund, arguing that the pace of implementation did not reflect the urgency of the dilemma.

He is pushing for the inclusion of vulnerability measures as the prime consideration to determine access to financing rather than only income criteria.

“Jamaica has great sprinters; we know that a great start does not guarantee a win. It requires momentum building, in this case, an accessible and equitable climate-finance mechanism,” Holness said.

The prime minister said that Jamaica was committing to a 60 per cent reduction in greenhouse gas emissions by 2030.

Biden pledged to cut US greenhouse gas pollution in half by 2030.

“No nation can solve this crisis on our own,” Biden said as he opened the two-day summit.

“All of us, and particularly those of us that represent the world’s largest economies, we have to step up,” the US president added.