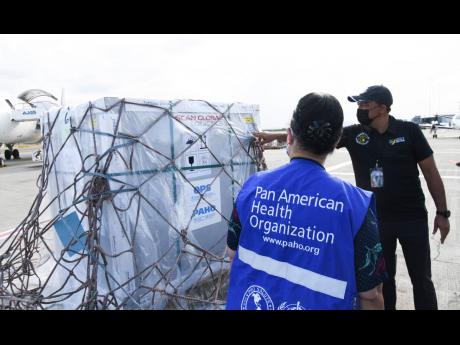 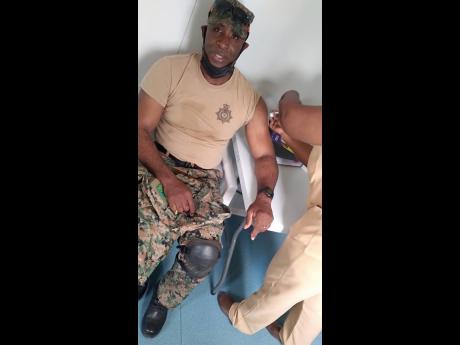 Nathaniel Stewart/Photographer
Captain Kerron Speid receives his first dose of the Oxford-AstraZeneca COVID-19 vaccine at the May Pen Hospital in Clarendon on Monday. Jamaica resumed its vaccination drive on Monday a week after a whirlwind blitz that inoculated more than 87,000 people in five days.
1
2

Jamaica is leveraging the influence of high-level congressional officials and other backchannel lobbyists in talks with the White House scheduled for Tuesday to tap hundreds of thousands of doses of Oxford-AstraZeneca vaccine from a stockpile of 60 million Washington plans to offload pending federal safety reviews, sources say.

But local health officials are wary that the global hunger for the vaccine amid spiralling infections in countries like India could set off a new, hostile race amid less-developed nations.

“Our conversations have been over a long period with the US administration around vaccine access and that has been primarily piloted through the Ministry of Foreign Affairs and Foreign Trade with critical support from us (health ministry),” Health and Wellness Minister Dr Christopher Tufton told The Gleaner on Monday.

He emphasised that the decision was, however, ultimately up to the Biden administration as to whether Jamaica would benefit and on what terms – by way of a gift or commercial purchase.

Though Jamaica is striving to achieve herd immunity by vaccinating 65 per cent of its population – almost two million people – by March 2022, Tufton said he was mindful that other countries have not received any vaccines.

“I certainly would hope that we benefit, but the reality is there are so many others out there who are desperate that I believe a truly multilateral approach may be the best approach for the world, and I suspect that in their wisdom they will make the right decision,” he said.

Jamaica received its fourth shipment of vaccines yesterday, the second batch acquired commercially from the COVAX Facility organised by the World Health Organization (WHO).

Of the 55,200 doses received on Monday, 40,000 will be set aside for the first set of Jamaicans inoculated to receive their second jabs.

Since the start of vaccinations on March, more than 135,400 people have received the first of two doses.

Tufton said Jamaica was expecting another shipment of vaccines in May under the COVAX Facility and that the Government was eyeing the one-shot Johnson & Johnson (J&J) vaccine to speed up the immunisation process, even though the WHO is awaiting additional information to grant approval.

The vaccine was approved for emergency use by the US Centers for Disease Control and Prevention and the US Food and Drug Administration.

The US briefly paused administering the J&J jab this month following concerns about adverse reactions, but it has again been cleared for use.

Besides the 40,000 doses secured for second shots, Jamaica has some 27,000 that will be administered by way of appointment to priority groups, which include the critical demographic of persons 60 years and older with comorbidities as well as front-line workers and officials.

“When you get the first dose of the vaccine, you need 21 to 28 days for the vaccine to take effect,” Tufton said.

Only 76 per cent protection is achieved for up three months after the first dose. As such, he reiterated that the second dose is fundamental in being fully immunised.

People registering for their second shot are required to go back to the vaccination centre where they received their first jab.