Passengers report 18 cases of rape, robberies and other offences since January 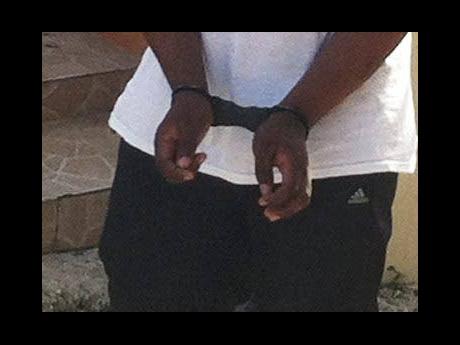 Madria Wellington* was at a bus stop near downtown Kingston waiting on public transportation to get home after a long day at work. It was close to 7 p.m. on a Wednesday evening last month, and the 23-year-old supervisor would soon get into a car...

Madria Wellington* was at a bus stop near downtown Kingston waiting on public transportation to get home after a long day at work.

It was close to 7 p.m. on a Wednesday evening last month, and the 23-year-old supervisor would soon get into a car fitted with red licence plates with other male ‘passengers’ inside.

Red plates are issued to operators of public passenger vehicles who meet criteria established by the State regulator, the Transport Authority.

But what seemed like a routine trip for Wellington quickly turned into a terrifying experience.

The men brandished knives and robbed her of $10,500, a cell phone, a gold necklace, a pair of gold earrings and her work uniform, according to a police report of the incident.

But that was just the start of her ordeal. After using her mask to cover her face, the men drove the 23-year-old woman to an unknown location.

There, they each took turns sexually assaulting Wellington before compelling her to perform a sex act, according to the police report seen by The Sunday Gleaner.

Wellington was held captive overnight before she was forced back into the vehicle while her captors robbed other commuters.

She was released later that day in a churchyard in St Andrew.

The 23-year-old, who is already back at work, agreed to be interviewed for this story, but did not answer calls to the cell phone number she provided.

Since the start of this year, a total of 18 persons have fallen victims to hoodlums posing as taxi operators, a review of police incident reports by The Sunday Gleaner has revealed.

Wellington is one of five women who were robbed and/or sexually assaulted, the reports show.

The other 13 victims – seven women and six men – were robbed of cash, cell phones and other personal belongings, according to the reports.

“This can be quite a frightening experience,” said a spokesman for the social media group Robot Taxi, who had his own encounter with hoodlums posing as taxi operators.

Police investigators believe these crimes are being committed by street-level thugs seeking to score some quick cash and are being replicated in major town centres across the island.

Eleven of the 18 incidents captured in police logs so far this year occurred in Kingston and St Andrew (six) and St Catherine (five). There were two each in Portland and Manchester.

The Jamaica Constabulary Force (JCF) said it has taken note of “a number of cases” in which men and women have fallen victims to crimes committed by persons posing as taxi operators.

The JCF revealed, too, that arrests have been made in at least three incidents which occurred last year.

“It is absolutely imperative that we pursue investigations against every single possible perpetrator, regardless of when or where the offence took place,” added Brooks.

Among the persons charged by the police are Aubrey McNaughton, 41, of Chester Castle, Hanover, as well as 27-year-old taxi operator Nicholas Thorpe and 35-year-old Michael Wildman, both from Spanish Town, St Catherine.

McNaughton is facing charges of rape, abduction and robbery with aggravation for allegedly sexually assaulting and robbing a 20-year-old woman at knifepoint in the back seat of his fake taxi in Westgreen, St James, last May.

According to the police, the car was intercepted shortly after the alleged incident and McNaughton was taken to the Mount Salem Police Station. He was positively identified by the complainant, who was there making a report of the incident, the police said.

Thorpe and Wildman are facing charges of rape, forcible abduction, indecent assault, robbery with aggravation and illegal possession of firearm arising from an incident last June that started along Molynes Road in St Andrew and ended in Dunbeholden, St Catherine.

The two were reportedly travelling along Molynes Road in a taxi with red plates attached, when the driver indicated to a 22-year-old woman that he would take her to her destination in Portmore, St Catherine.

But the police charge that moments after she entered the vehicle, the driver power-locked the doors and the woman was blindfolded.

She was reportedly taken to a house in Dunbeholden, where it is alleged that Thorpe and Wildman took turns sexually assaulting her before stealing her cell phone and $600.

“That’s a function of the state of the society in addition to the system facilitating it,” a representative of one stakeholder group opined, making reference to Jamaica’s fragmented public transportation sector.

What is required, said the representative, is a system that is efficient and accountable.

It’s a view shared by the spokesman for Robot Taxi, a group that represents a “collection of concerned citizens” which was born “out of frustration with high incidents of road fatalities and illegal activities involving public passenger vehicles”.

One way of helping to bring order to the public transportation sector, the Robot Taxi spokesman suggested, is through the creation and implementation of a “real unique identifier” that would enable the authorities to closely monitor drivers and other players.

The group suggested, too, a fast-tracking of the proposed National Identification System, arguing that the taxpayer registration number has proven to be ineffective in stopping PPV drivers from getting a licence even after they have amassed thousands of traffic tickets.

“Public passenger safety right now is paramount, and with the incidents we are seeing of kidnapping, larceny and sexual assault, we need to be a little bit more assertive in how we safeguard the public,” the group told The Sunday Gleaner last Thursday.

The JCF said it’s an issue that requires multiple policing strategies “because there’s no one strategy that will effectively abate the problem”.

One of the methods the police have utilised, said Brooks, is educating commuters, particularly women, about the dangers that exist.

He said the police have sought to work with various women’s groups to educate them on safer utilisation of various modes of transportation.

The police say they have also reached out to the owners of PPVs to discourage them from employing drivers for whom “they are unable to give account”.

“If these persons are unable to provide proper identification or give a proper account of their working history, this might be a red flag,” the JCF warned.

Citizens also have a role to play in helping to ensure their own safety, the JCF insisted.

“So, if someone posing as a cab driver tries something untoward, report them ... . You owe it to the next woman, girl or man to report it,” the police said. “If you don’t report it, we can’t police it and the next girl will not know. The more these things are reported is the more we are able to deliver a more fine-tuned and intelligent policing plan to counter this crime.”

Safety suggestions by the JCF

n Only use vehicles and drivers that you know

n Don’t be afraid to record the licence plate numbers of the taxis and buses you’re about to board.

n Never feel too awkward to call someone and tell them “I’ve just boarded a silver Axio licensed PD**** in Half-Way Tree and I’m heading downtown”.

n Encourage women to utilise the live location feature on their smartphones.